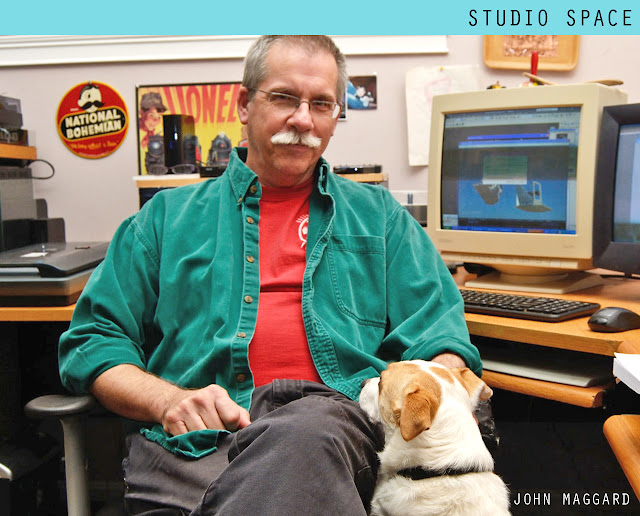 How did you get your start...Illustrator?

After graduating from Miami University in Ohio in 1976, my first professional job was with NCR Corp in in Dayton, Corporate Graphic Design, then a year later moved to Cincinnati to join Steinau-Fisher Studio and still later at Wanamaker Advertising in Dayton, at that time one of the premier illustration studios in the area. After several years working with Scott Hull, Dave Groff, Andy Buttram and others at Wanamaker, we broke loose and I began free lancing with Scott Hull Assoc., a relationship that remains to this day.
Describe your work:
During college and for some time after, my drawing and painting was fairly loose and open. Due to the nature of the studio work coming in, it took a turn toward much more realistic and detailed finish and rendering. For years I depended heavily on airbrush work with the detailing done with smaller brushes. When a large amount of detail is involved I still like to get the composition and pieces down cold with tracings and sketches first, typically doing the final drawing in reverse and burnishing it down onto the prepared surface for painting. I use cold press illustration board or gessoed wood panels - occasionally a canvas surface. I've recently tried to move away from the prep time and mess of the airbrush, but still break it out when needed.
I began looking into the possibilities of 3D computer graphics and visualization in the mid 80s as a way of shortening the design time in setting up complex scenes; I'd been working on several pieces that involved looking down into New York City, Chicago and other dense architectural situations, and being able to construct a simple way of manipulating perspective with simple wireframe forms seemed like a godsend. I didn't own a computer at the time so the idea got shelved for a while. Once I started down the digital road with 3D Studio (later the current 3DStudiMax) I was hooked - it not only did what I needed but also presented the lure of creating animation!
Most of my finished work is still hand painted, but I've done a couple of very large animations for clients and see it as an alternative way of creating art, limited only by the processing power of the machine and the learning curve of the software. I often use 3D visualization in the preliminary phases of laying out a composition, as well as experimenting with lighting solutions and detailed elements, but I've also found there's a danger in getting too wrapped up in the
fun part of pure modeling in 3D and losing track of its purpose - setting up a good visual solution. 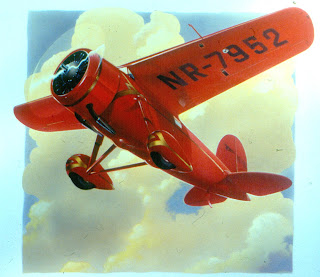 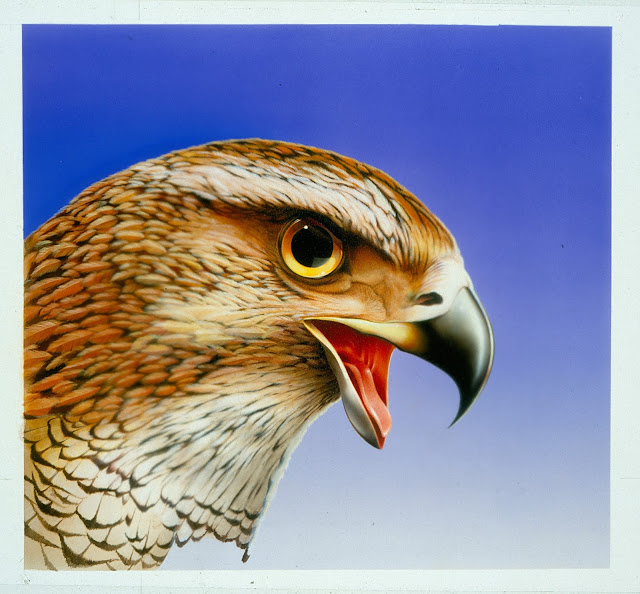 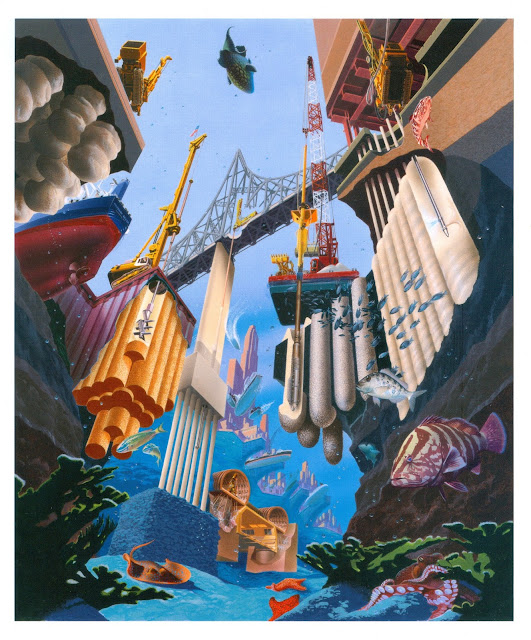 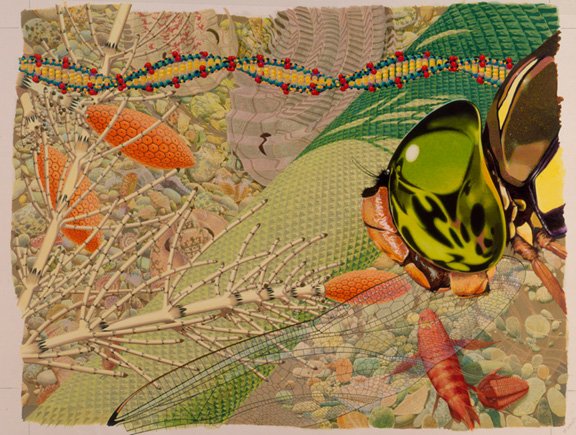 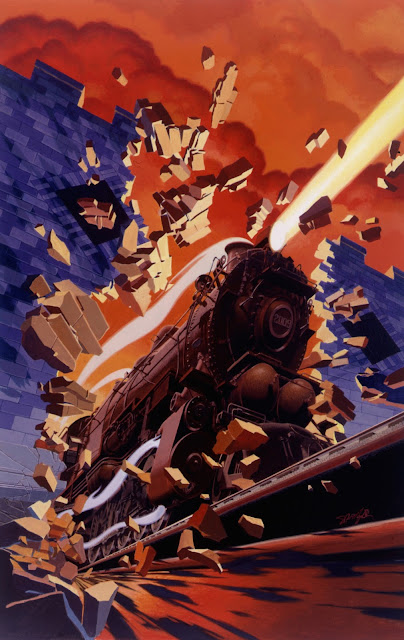 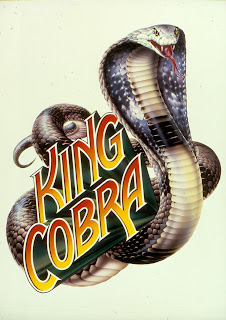 Workspace:
To this day I miss the studio space I had at the pre-Museum Center Cincinnati Union Terminal, but I have a wonderful studio built for that purpose as an addition to our home. My workspace has large north facing windows for great light during the day, and the space serves as art studio, computer lab, electronics workshop, rehearsal space and library - usually all at one time and in a state of controlled chaos. I also spent several years in a studio on Fourth Street in Cincinnati that had its perks but being able to be home for family and the weird hours that go along with this business makes it the best solution overall. 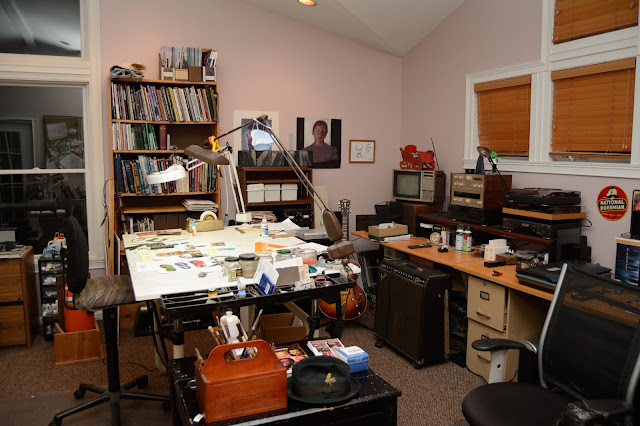 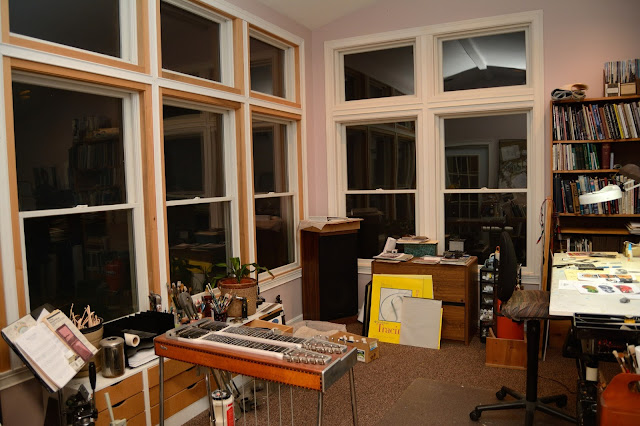 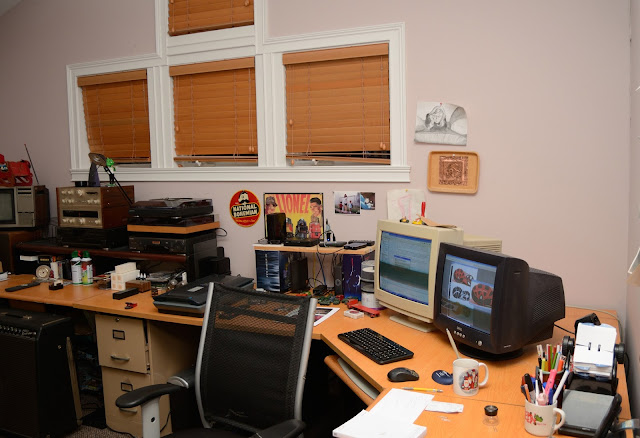 Typical Workday:
I don't think I have a typical workday in terms of routine; it varies greatly depending mostly on what work I have in at the time. Large projects tend to accelerate in neediness toward the deadline, requiring more studio time in the short term. I used to have at least a couple of smaller projects going at the same time but many of those clients have gone other directions for their content; most of the work I get now is large in scale and complexity, and it works best for me to concentrate on that job through its completion.  I've been on our local Fire department and EMS squad for the past 20 or so years, and need to build in time every week for administrative work at the firehouse as well as dropping everything on occasion to go on emergency calls.  It helps that I'm still a night-owl and don't need a rigid time structure to get everything done - but I find I do need more sleep these days than I used to.


Motivation:
I'll be very honest - this is a challenge for me. I've loved my career as an assignment-based illustrator but the combination of lack of commisions and all-or-nothing effort on large projects that still come my way have taken a toll. My main motivation has always been to do the best work within my ability and surpassing my last effort, and remains so. That said, what I've always liked best is the collaborative nature of illustration - working with designers, art directors, friends and others to come up with the best solution to a given problem...absent that partnership I sometimes struggle to sit down at the board and create art - I never would have thought that possible. It doesn't help that I'm easily distracted and can find lots of things to do  - play music with friends, rebuild an amplifier, animate some mechanism in 3D, whatever.


What do I listen to/read?
I'm a news junkie - have been since the Watergate hearings. I like to stay informed and listen to all sides, up to a point...CNN, NPR, FOX, MSNBC are all on different parts of the workday until it gets too repetitive or I need to think clearly. Then I go to jazz or classical CDs or itunes radio stations. Why a city the size of Cincinnati won't support a local jazz format dumbfounds me...WNOP was the best. I've supported WNKU for years but they're skewing their listenership in a direction I understand but dislike. End of soapbox...
I read a lot, mostly before sleeping & preferably with a good single malt in hand. Historical fiction - Jeff Shaara, etc or good sci-fi - got hooked on Iain Banks (but he passed away last year so looking for another author to follow); Michael Chabon, Neil Gaiman, Chuck Palahniuk. Older books on turn of the century steam technology (amazing what you can find in the used book stores in cities with once-thriving industries); open source Amazon and Google books.  During big projects book CDs from the library are a must.
Influences, Not art-related, Inspiration, etc.
I was a terrible student; paid attention when I was interested, including art history. I'm only now studying and learning about artists I should have known about years ago! The great Flemish painters through Sargent and up through NC Wyeth, Leyendecker & Parrish, Ludwig Hohlwein to Ditko & Kirby, CF Payne and Jim Effler - hard to say who's had the most influence on me but they all have their place. I enjoy and admire old ad illustration from Colliers Magazine almost as much as a trip to a museum. I have a lot of interests outside of making art  - playing music, history, railroads, nature and science - and ultimately they all play a part in the direction of a piece.
Best Career advice given to me:
The advice from a lot of friends an fellow travelers - do what you like to do and are passionate about...advice I'm finally following years after I should have taken it seriously.
Favorite Color:
Same as my favorite child - love them all... 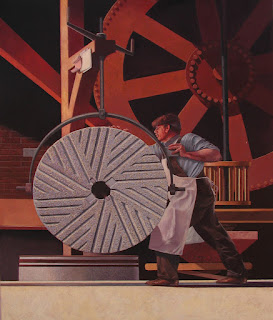 Posted by Christina Wald at 9:53 AM