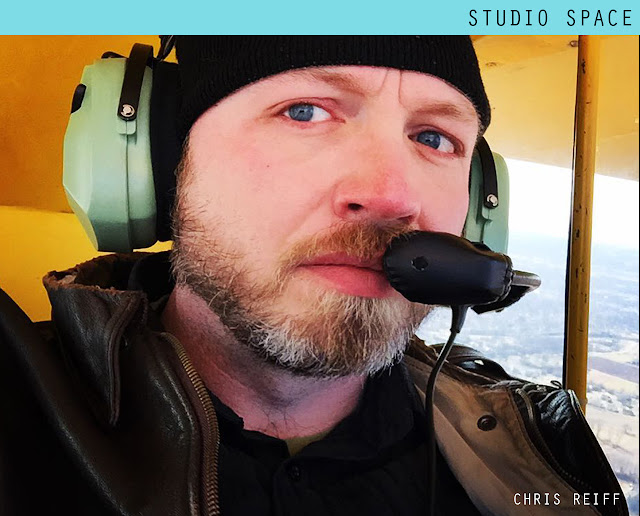 Among countless other properties, Chris Reiff has been working professionally on Star Wars for two decades. His projects have ranged from designing toys and high end collectibles to illustration for children's books and technical manuals, CAD modeling for product development, even digital modeling for ILM. Chris went to Miami University where he studied graphic design and painting. After college he went to work in the toy industry for 10 years at a design/invention consultancy (SOEDA, Inc.) in Cincinnati. In 2006 he started his own design and illustration business and now works from home staying busy as a freelance illustrator and supporting a number of product development clients.

Norwood, OH
Website:www.facebook.com/ChrisReiffCreates
On the Drawing Table:
Packaging art for future Star Wars toys, assembly instructions for stormtrooper helmets and other costumes, a limited edition print for Star Wars Celebration Europe later this year, and a few other things you'll have to wait to find out about.
Just Released/Coming out soon:
Just released assembly instructions for Stormtrooper armor kits (http://www.anovos.com/pages/star-wars-product-instructions), miscellaneous Hasbro Star Wars toys with my art on the packaging, and a couple of new Star Wars kids books coming soon.... (Titles not yet announced.)

How did you get your start as a professional artist?

I started working as a toy designer out of school. Came up with and developed some Star Wars product. That led to relationships and opportunities with Lucasfilm. That led to several large illustration projects. Those projects led to more.

Recent projects tend to be fairly technical but I bounce around stylistically and cover everything from sketchy concept art to intricate and realistically rendered pieces. 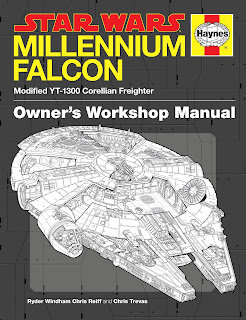 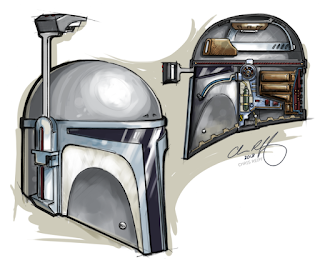 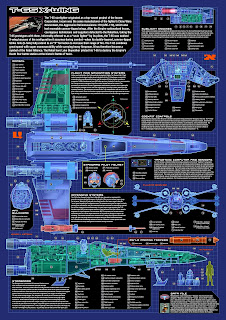 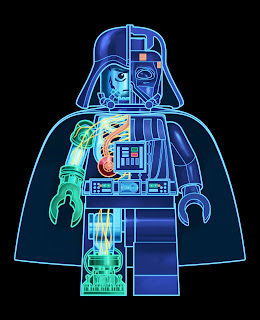 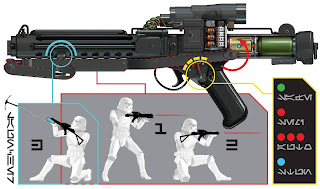 Tell about your workspace.
I used to have just a small home office, then moved into a large studio space in Walnut Hills with other folks for a while but I am now back to working out of the house. Over the years of working for myself various reference and inspirational pieces, along with a giant pile of other random projects, have swollen to take over a lot of my house. I have a old Steelcase desk that I sit at most of the time I'm working but, to keep things fresh, I will carry the laptop to other places in the house or even head out to more remote locations from time to time if the project and contracts allow. 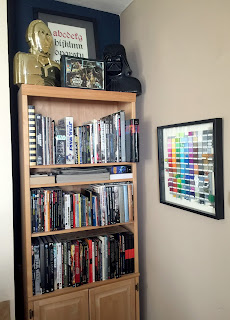 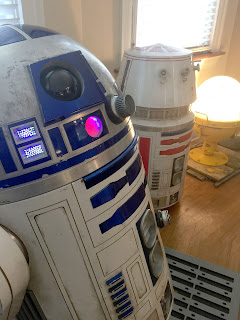 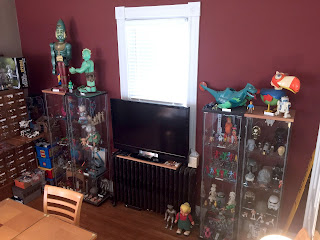 What are your favorite materials digital and traditional?
For traditional materials I really love the Draft/Matic mechanical pencils from Alvin. I have a full set with different leads and at different harnesses but my general sketching one is the DM07 with Pentel .7mm Blue Lead. Something about that one just feels right to me.

Digitally, I work primarily in Photoshop and Illustrator on a Mac using a Wacom tablet and on a PC for 3D modeling though I'm hopeful I can include an iPad Pro and Apple Pencil to the mix for sketching and a more streamlined digital workflow.

What’s your typical workday/work session like?
When I have a steady flow of work coming in I'm usually spending a full day in front of the computer bouncing between incoming client emails, CAD, Photoshop, and Illustrator. Sometimes though I'm just on the phone all day with my illustration partner working through some absurd pseudo-technical solution to a problem in the Star Wars universe for one of our projects.

What do you do to keep yourself motivated as you work?
Some days are definitely harder than others... There are so many distractions. Thanks internet! Usually though, quickly approaching deadlines and the next project in the queue mean I have to keep things moving. I do try to take short breaks in the day and reserve some evenings with friends when I can to make sure I don't get burnt out though. That's happened and its not pretty.

What is your dream job?
Designing, developing and running a museum here in Cincinnati dedicated toys and to this city's unique and rich local history in that industry is really my dream. I've been working on ideas for it for years and would love to see it thorough but tracking down appropriate funding to allow it to happen has been slow. There are so many stories of creativity and inspiration that cover generations because of the community of invention we have and have always had here in Cincinnati. I want to help tell those stories...

Do you keep a sketchbook?
I don't keep a regular/traditional sketchbook... I have several piles of notes on projects I want to eventually tackle and lots of little field notes style booklets I tend to carry around to make notes in. I am a little scattershot in my approach but that's how my brain tends to work most times.

What do you listen to while you work?I generally have some TV series I've seen before playing on Netflix in the background or I'm streaming a random mix of music. Today happens to be a mix of the TV show Supernatural and Star Wars movies with musical interludes of Postmodern Jukebox.

Who are your artistic influences?That's a tough one to narrow down. I don't think I'm unusual in that it changes constantly but I had a great foundation thanks to two teachers/mentors in particular. Mary Anne Meyer from my days in high school at St. X (she is now at St. Ursula) and the late Joe Cox from my time at Miami University. Without the two of them and a select group of others along the way I don't have any idea how I would've ended up doing what I do now. Of course there is a list of other teachers, designers, illustrators, and concept artists that are a huge influence. I've spent hours pouring over pieces by legends like John Berkey, Ralph McQuarrie, and Joe Johnston but I'm still inspired on an almost daily basis by friends and contemporary illustrators/designers that continue to produce amazing pieces.

What do you do that is not art related that inspires you?I think everything tends to be somewhat art related especially in how we look at our skills and in our interactions with the world. That being said... something that I'm fairly passionate about that doesn't fit the standard paradigms of "art" would be flying. I got my pilot's license in 1994 and have been flying a lot more recently. From just puttering around in small two seater planes, to doing aerobatics, or even at the controls of a WWII, open cockpit, biplane, flying is a way I've found to center myself and my often scattered thoughts. As trite as it sounds, it gives me a new perspective on things and is my own form of meditation.

What was the best advice you got in your career so far?
The best advice I've received was to not to undervalue the work or my time. Some of these illustration projects take a massive amount of time and energy and require a very unique knowledge of the property.