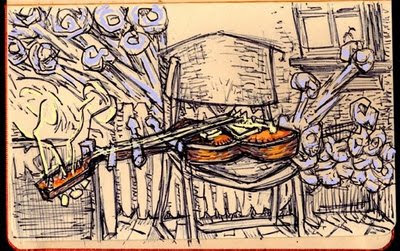 When Christina calls for art, I deliver. This is the first drawing in my new Moleskine, done live at the Art Damage Lodge. Jonathan, the first musician, jams screwdrivers and hammers under the strings and beats the sound out of the instrument and into you.
Posted by Brian Hagen at 10:24 PM 3 comments:

What are people working on?

I wanna see stuff! Come on people cough it up!
Posted by Christina Wald at 6:09 PM 1 comment:

I know a some on the blog list have been in the CA illustration annual before (John Maggard-yes I mean you).

I have never entered. Is it worth it? They seem to get tons of entries so the competition seems pretty stiff.

The deadline is March 6th.
Posted by Christina Wald at 3:53 PM 5 comments: 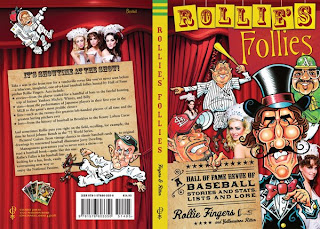 Jerry says: Jack Heffron of Clerisy Press in Cincinnati, and a freelance writer whose work appears regularly in Cincinnati Magazine, is the editor of the book called "ROLLIE'S FOLLIES".

It is written by Hall of Fame relief pitcher Rollie Fingers, noted for his handle bar moustache, and co-written by Chris 'Yellowstone' Ritter, a Chicago baseball author. The book design and layout was done by Steve Sullivan, a local freelance graphic artist. I drew approximately twenty cartoon illustrations to accompany some of the stories, plus part of the covers.

It's a collection of funny baseball stories and anecdotes, statistics and historical facts. It's a very interesting concept and it'll take a while for readers to ingest it all.

It's not available from me, but It is scheduled to be in book stores by June.

The plan is to produce at least one of these every year and the next one is already in the works.

Link to buy and more coming soon!
Posted by Christina Wald at 10:51 AM 2 comments:

The opening for the show on the 14th was packed! A lot of local illustrators attended (including many of the contributors to this blog).
The Factory Cats artwork auction will go in waves, with several pieces added per day including the great piece above by Daryll Collins. I wrote about my piece in the show a couple weeks ago.
If you go to the project website and visit the Gallery, the pieces that are on eBay are clearly marked and have a link to their auctions. Once the pieces start selling, they'll be marked 'sold.'

You can also directly view all of the auctions on the list here:

The organizers are trying to spread things out, and mix up styles, sizes and media to keep a varied selection of pieces available. There is a huge variety-something for every art taste!
If you want to see the art in person, the gallery show is open to the public from noon - 7:00pm daily, Tuesday through Saturday, until the end of February.

Fun Fact: The April issue of Cat Fancy (no joke!) will have two page article about this year and last year's cat project.

Check it out and bid early and often!
Posted by Christina Wald at 9:01 PM 1 comment: 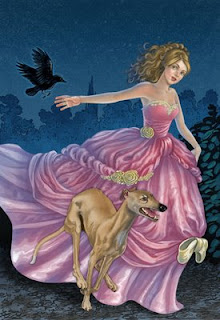 Here is the final image!

You may notice that the background changed quite a bit. I actually spent many hours working on a forest background but scrapped it when it was battling with the foreground.
I guess it is true that less is more... That is an advantage with digital-the background can be its own layer. I want to experiment more in Painter but it is a slow process. I secretly painted the crow by hand.

The design of the dress is inspired by the late 1700s (with modern touches.) Think Marie Antoinette pre-Bastille...
Posted by Christina Wald at 1:00 AM 3 comments: 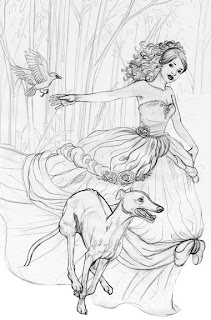 Here is a picture I sketched the other day. I wanted to paint something gothic and fancy. Sketching a greyhound was interesting. Their physique is very horselike but they seem to bound almost like rabbits. I love seeing the movement.
I am attempting to paint this digitally. Wish me luck...
Posted by Christina Wald at 10:11 AM 2 comments:

Most of you are very aware how Obama's marketing is changing marketing and the use of art.  The well known "Obey Giant" street poster artist Shepard Fairey has carefully nurtured a reputation a reputation as a heroic guerilla street artist.  Fairey's art is problematic for another, more troubling reason - that of plagiarist.  They said Warhol was a plagiarist as well?  Your thoughts?
http://www.art-for-a change.com/Obey/index.htm
Posted by Scott at 2:28 PM 13 comments:

I have finished another oil painting just to smell the paint and see if I still can. Here is my latest still life - a can of Sterno. I love the idea of canned heat or fire in a can. (Those of you who know me and of my fire sculpture will know what I mean).
Anyway I like the challenge of rendering such an elusive element as fire with oil paint.
Posted by Anonymous at 5:22 PM 3 comments: 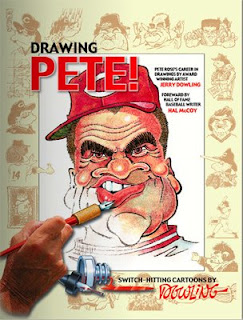 The book is available from Edgecliff Press.
Posted by Christina Wald at 4:09 PM No comments: 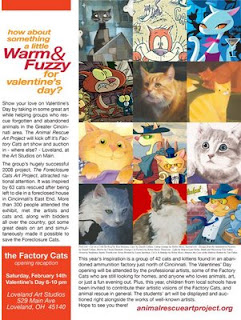 This should be a fun show.

You can find more info on their website. (Directions, images from the show, etc.)

A lot of regular illustrators' lunch attendees have work in the show so I hope to see a big turnout!
Posted by Christina Wald at 10:07 AM 2 comments:

Sad Instead of Mad

Super Sad to hear the MAD Magazine is going quarterly and cancelling Mad Kids and Mad Classics altogether.
Many magazines are throwing in the towel during these tough economic times.  Which really sucks for those who rely on editorial illustration gigs as part of their income.
What are your thoughts on the magazines that have closed up?
How much will it affect the editorial illustration world?
Posted by Scott at 11:00 PM 3 comments: 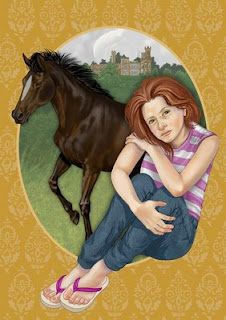 This is an image colored completely in Photoshop and Painter over a pencil sketch. There are pros and cons to working this way.

I find acrylic painting to be much faster and spontaneous (and less tight). (This took a heck of a lot longer than two hours). A fusion still seems like the best route.

I love the feel of paint and I love the undo function once you are working digitally. Painter does have some awesome brushes...

I need to print up a number of business cards at a reasonable price. Does anyone know anyone local they trust to do the job? Or should I just crank them out of my HP Deskjet printer, as I've done before?
Posted by Brian Hagen at 9:01 PM 5 comments:

My portrait of President Barack Obama

I think I made him a little too skinny, but whatever. I spent about 2 hours from start to finish one night after work on a 9x11 piece of canvas board working from a photo of Barack Obama standing in front of the capitol. I miss illustrator lunches for sure.
Later,
Gabe
Posted by Gabriel Utasi at 10:06 PM 7 comments: