Kubo and the Two Strings Screening 8/27 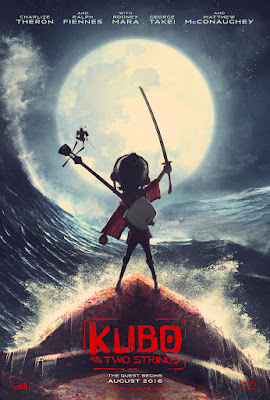 Come one come all!

Come visit us at the Pendleton Art Center at studio 414, this final friday, from 6pm-10pm. 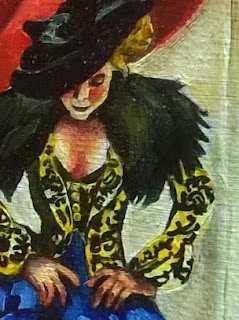 Learn to use (and love) Instagram for your Creative Business! Join in this fun, super laid back Work-out Session on Instagram where you will learn:

1. How Instagram works— WTH is it and Why Do I Care?
2. How to more than double your likes with the magical octothorpe (hashtag)
3. The “never a dumb question” Q+A
4. Insta-friends! Gain followers with your new Work-Out Session friends
5. So you remember later: Tips and Tricks notes and worksheets

Bonus! Actually apply what you’ve learned after the Work-out Session with a free Do One Thing Instagram Series

WHO: You, if you have a creative business and want to learn more about using Instagram as a way to promote and sell your products and art. You should at least have an Instagram account before you arrive.
WHEN: August 23, 2016
TIME: 7:00-9:00 p.m.
WHERE: The Brew House, 1047 E McMillan St, Cincinnati, OH 45206
COST: $20 (free for MORE Creative Juice members) Pay in cash when you get there.

"After the last session I more than doubled the likes on my posts! - Vanessa Sorensen

Presented by MORE Creative Juice, a community of creative entrepreneurs
www.morecreativejuice.net
Posted by Nessy at 4:52 PM No comments: 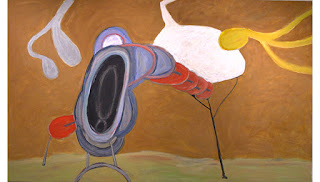 Many of you may know Denny Griffith, the former President of Columbus College of Art and Design in Columbus, Ohio. You may also know that he passed away recently at the young age of only 63 due to cancer.
He has always been a prolific artist in his own right as well as performing an excellent job at his art administrative duties.
An exhibition of all of his latest and last work is currently at the Weston Art Gallery in downtown Cincinnati. I just happened to walk past the exhibition and noticed it - it is only up until August 28, 2016. The title is "Another World" and displays large scale paintings of encaustic surreal landscapes from 'Another World'.
Please check it out before it leaves town.
Here is a link to the Weston website:
https://www.cincinnatiarts.org/weston-art-gallery/exhibitions/detail/dennison-w-griffith-another-world 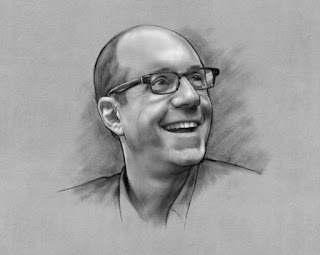 Portrait of Denny Griffith by Drew Robinson
Posted by David at 10:51 AM 1 comment:

The Low-Down on Mo: A Conversation with Mo Willems and Hilary Price, Friday August 19th

Hey guys- on Friday there is an event in Columbus called THE LOW-DOWN ON MO: A CONVERSATION WITH MO WILLEMS AND HILARY PRICE

Mo Willems is a children's book writer and illustrator, and also has a background in writing, directing, and creating art for animation. If you're able to get to the event it could be really interesting.

Here is the info from the Wexner Center's website:


FREE for all audiences (No RSVP or ticket required)

A number one New York Times best-selling author and illustrator, Willems has been awarded three Caldecott Honors for his books Don’t Let the Pigeon Drive the Bus!, Knuffle Bunny: A Cautionary Tale, and Knuffle Bunny Too: A Case of Mistaken Identity. This year, Willems celebrates the 25th and final book in his long-running Elephant and Piggie series, which has twice won the Theodor Seuss Geisel Medal. Price has been awarded the “Best Newspaper Panel” four times by the National Cartoonists Society for Rhymes with Orange. Her work also appears in Parade Magazine, The Funny Times, People, and Glamour.


This is his IMDB Page if you want to know more about the TV he has been involved with.

Illustrator News: New Book by Jared Lee - This is the House That Monsters Built 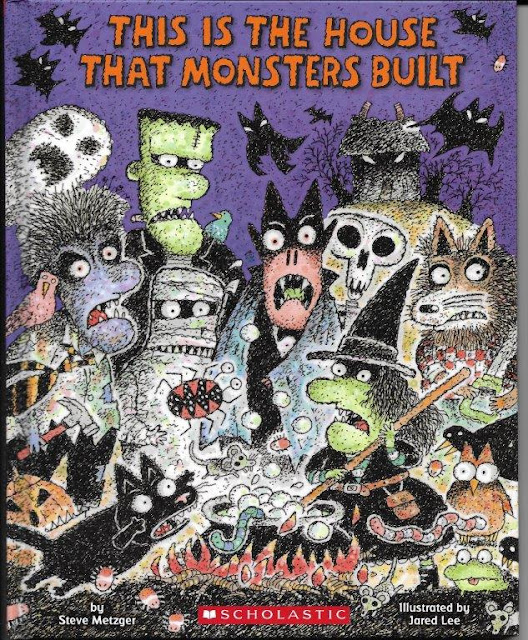 Jared Lee has a great new book out called This is the House That Monsters Built.

Here are a couple reviews:

This Is the House
That Monsters Built
by Steve Metzger; illus. by Jared Lee
Preschool, Primary Cartwheel/Scholastic 32 pp.
7/16 978-0-545-61112-1 $9.99 g
“This is the werewolf who put in a door, / That stopped the spider who started
to crawl, / That shocked the mummy who raised the wall, / Inside the house
that monsters built.” Using a “House That Jack Built” structure, this book
describes how various witches, vampires, and ghosts contribute to the (shoddy)
construction of a “spooky” house, and the resultant chaos when trick-or-treaters
come to the door.
The monsters, it turns out, are as
bad at being scary as they are at building a house. There’s good read-aloud
potential here (although it requires practice; the verse’s meter is frequently challenging),
and the pen-and-ink illustrations are frenetically funny. martha v.
parravano

This Is the House That Monsters Built Steve Metzger, illus. by Jared Lee. Cartwheel, $9.99 (32p) ISBN 978-0-545-61112-1
It’s one big chain of scares in this Halloweeny version of “This Is the House That Jack Built” from the duo behind Pluto Visits Earth! As assembly of the house gets underway, various creatures inadvertently spook each other: “This is the skeleton who nailed down the floor,/ That upset the werewolf who put in a door,/ That stopped the spider who started to crawl/ That shocked the mummy who raised the wall.” The nervous, jittery ink lines that characterize Lee’s work fit the Halloween setting to a tee: the story’s physical comedy, which includes a monster accidentally smashing the skeleton to bits with an armchair, peaks when it’s revealed that a group of young trick-or-treaters are behind all the mayhem. Kids can be scary, too, Metzger and Lee remind readers, just in time for end-of-October mischief. Ages 3–5.Author’s agent: Brenda Bowen, Sanford J. Greenburger Associates. (June)

We will keep you updated if there are any book signings.
Posted by Christina Wald at 10:10 AM No comments:

To all animation filmmakers:

The first meeting of the Animation Director's Round Table will be this Wednesday August 3rd at 7pm at the Overlook Lodge in Pleasant Ridge.

Yes this is a bar modeled after The Overlook Hotel in Stanley Kubrick's "The Shining," how perfect is that. They also have fancy beef jerky and trail mixes in addition to booze and non-alcoholic drinks.

Give the host either my name or tell them you're with the Cincinnati Animation Network- we should be in a big booth in the corner. Yay so excited! Bring your stuff!

If you haven't RSVP'd yet please do, just send me an email at cincycan@gmail.com

Posted by Darcy Vorhees at 5:58 PM No comments: