Will Hillenbrand's Work at the Cincinnati Public Library 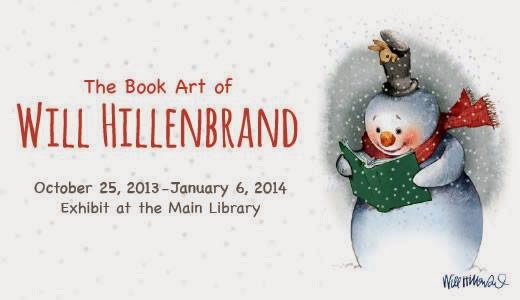 There are only a few days left to see Will's work at the library.
Posted by Christina Wald at 11:12 AM 2 comments: 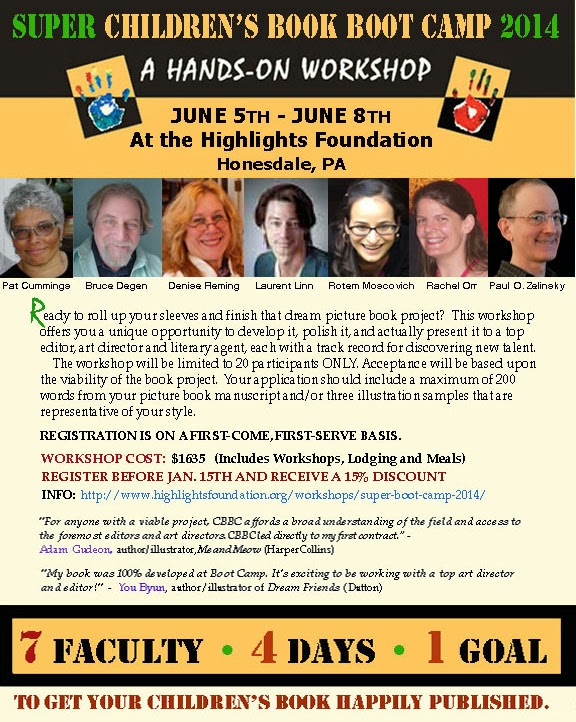 This summer, CBBC will be held in Pennsylvania at the Highlights Foundation...a very cool retreat with log cabins, great cuisine and all of the amenities needed to tuck yourself away for four days and WORK.  It will be the first SUPER CBBC...which means you get to work with four author/illustrators....me, Bruce Degen, Denise Fleming and Paul O. Zelinsky....before meeting with Rotem Moscovich (Editor at Hyperion), Laurent Linn (Art Director at Simon & Schuster) and Rachel Ward (Literary agent with Prospect) to pitch your book project.

You're getting this extremely EARLY notice because Highlights is offering a 15% discount if you register by January 15th.

I have heard raves about the Highlights facility. If you are working on a children's book dummy, it is a great place to get feedback from an amazing team. A friend of mine just published her first novel and has gotten a lot out of their writing workshops.
Posted by Christina Wald at 11:03 AM No comments:

A book came out a couple of weeks ago called Navigating Love by Malik Spencer. It'a available at: Amazon.com. I did 50 or so illustrations for it. Here are a few. 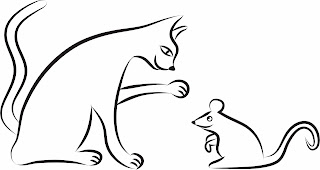 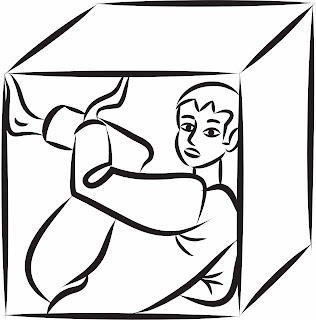 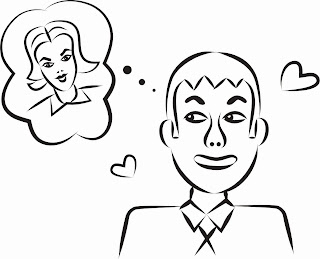 Just flap your arms and you'll be fine! 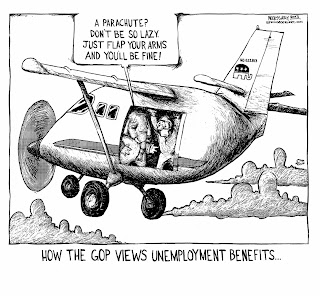 I won't get into it here, but I have very strong feelings toward letting unemployment benefits lapse.
Posted by Kev at 12:48 AM 1 comment:

Hey everyone...Hope you all are enjoying this wonderful Holiday Season.
I thought I would share a typical day in the life of an airbrush artist.
These are all projects I did in one 12 hour day last week.
(with the exception of the Bengals/Browns body painting which I posted just for
Jerry Dowling...lol) While it is the Holiday season and these are examples of projects
that I worked on one day last week. This still shows the variety of projects that any one of
our artists can typically be expected to experience on any given day.

The projects in the picture range from custom designed t-shirts for customers
who simply come in and tell us what they want on a shirt and we just
make it up on the spot...the "Bacon girl" and the "Zombie rudolph" are
perfect examples of this. Other more detailed custom artwork include the
Car and motorcycle portraits, the Golf Caricature as well as the 5'X8' backdrop
for a dance studio.

While I know that these examples are not nearly as detailed as most of us work
as illustrators. They are none the less perfect examples of what our artists at
Anything Airbrushed plus work on in a typical day. Since airbrush artists have the ability to work on just about any surface imaginable we typically get the projects that no other artists can do...lol 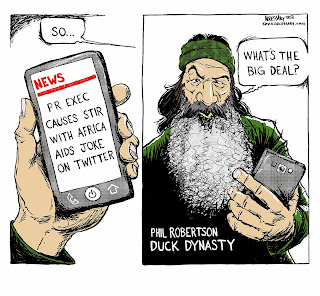 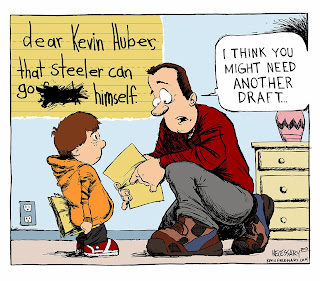 Last week Bengals punter Kevin Huber was injured during gameplay by an illegal hit from a Pittsburgh Steelers player. A 7-year-old boy wrote Huber a letter wishing him well, and hoping the Steeler would lose his house and be forced to live in his car.
Posted by Kev at 11:03 AM 2 comments: 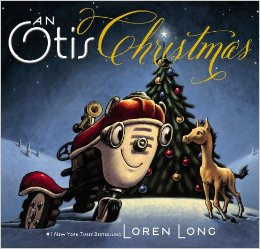 http://wvxu.org/post/otis-christmas-cincinnati-authorillustrator
Posted by Christina Wald at 12:14 PM No comments:

Did anyone else do a Christmas Card this year? This is mine...

Have a great Christmas and New Year everyone! (and for my Eastern European friends, Epiphany on January 6th)

Posted by Christina Wald at 10:49 AM No comments: 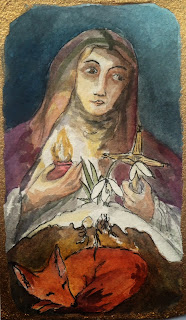 Artist Amy Bogard and writer/artist Diane Debevec are teaming up to co-teach an illuminated journaling workshop later this winter.  Exploring the theme of early spring thru traditions such as Imbolc, Groundhog Day, and St. Bridgid's Day, participants will play in their journals using poetry, collage, drawing and writing.  The workshop is being offered in partnership with Women Writing for a Change at their Silverton facility, February 2 from 1-4 pm and the cost is $35.  For more information, check out the class listing at WWf(a)C!!  (link HERE)
Posted by Amy at 10:13 AM 1 comment:

Jerry Dowling put together a great post together about this year's Christmas party.

It was our biggest ever with over 40 people!

Read his write up here: http://www.kenstewartphoto.net/dowling_drivel_blog/?p=4069

Posted by Christina Wald at 1:26 AM 2 comments:

Interesting Article: Why the Art World Is So Loathsome

A friend posted a link to this article on Facebook and I thought it was very interesting.

Basically it takes on the current state of 'contemporary art' and one of its big shows called Art Basel Miami where rich people waste their money on their supposedly valuable art collections.


“No major figure of profound influence has emerged in painting or sculpture since the waning of Pop Art and the birth of Minimalism in the early 1970s,” writes Camille P. But what about those annoying YBAs, the young British artists, the folks that noted U.K.-based art critic Brian Sewell has wickedly and accurately dubbed “The Post-Skill Movement”? Are they profound or influential?"

Post skill movement? There are tons of skilled artists in the world making a living.

They are usually called illustrators.

This world has pretty much ignored them at best. Art history texts ignore artists like Howard Pyle, Norman Rockwell, Frank Frazetta and many others. At some point they were disconnected from the art world as not worthy.

The article also says that school churn out those with no skills. Perhaps that is true but there are are also mane schools and workshops that do teach hard core fundamentals. There is a growing movement of Atelier programs that focus on the nuts and bolts of creating good images.

I think things are starting to change and these artists will be honored in retrospect.

People who illustrate for books, magazines, comics, video games, animation, etc. represent the true contemporary art because it is the everyday imagery that reflects what is happening in culture and society. They are the current artisans similar to those that painted the cathedrals and baptistries in the Renaissance.

At some point in the early 20th century, it was decided that 'art' is not a craft that is practiced by a skilled artisan like a carpenter, but something else.

The article is here:

http://www.slate.com/articles/arts/doonan/2012/11/art_basel_why_i_m_not_going_hint_it_s_because_the_modern_art_world_is_the.html
Interesting note: I saw the Victorian Painting Exhibit at the Frick in NYC many years ago and have the book. It is a step in the right direction that the book is mentioned.
Posted by Christina Wald at 10:36 AM 2 comments:

'Tis the season for giving... and also for saying thank you for a great year.

The University of Cincinnati Athletic Department came to us at Flaming Medusa Studios because they needed an animated holiday card that would both thank their donors and also give them the opportunity to include UC Athletics in their holiday giving. So we made this! We got to animate their old mascots too- this was a pretty cool project. I also got to do some actionscripting!

You can watch the card here: http://www.animatedcincinnati.com/UC/happyholidays.html

From the FB event site: "C.F. Payne has illustrated more than a dozen picture books, including the Texas Bluebonnet winner "Shoeless Joe & Black Betsy" and" Turkey Bowl", both written by Phil Bildner. He also illustrated the "New York Times" bestsellers "The Remarkable Farkle McBride" and "Micawber", both by John Lithgow. He teaches at the Columbus College of Design, where he is the chair of the Illustration Department. C.F. Payne lives with his wife and children in Cincinnati, Ohio. Visit him at CFPayne.com." 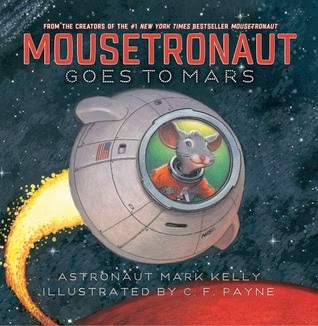 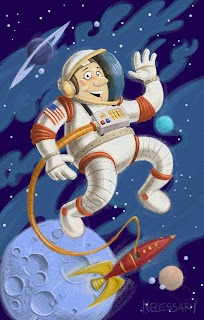 Hey all. I just finished this piece and thought I'd share. I'm planning on using this as the front of my new business cards. Big thanks go out to Brian Hagen for a much-needed second pair of eyes on this as I painted it.

If you have a few minutes tonight (Monday December 9th) from 6-8pm, come out and show your support for artist, Mike Altman. Habanero restaurant in Clifton is having an artists reception and premiering some of his new works. Free chips & salsa!

If you are shopping in Northern Kentucky this Saturday December 9th, stop by Blue Marble Children's Bookstore.

I will be signing books from 2 until 4!

Hope to see you there!
Posted by Christina Wald at 8:20 AM No comments: 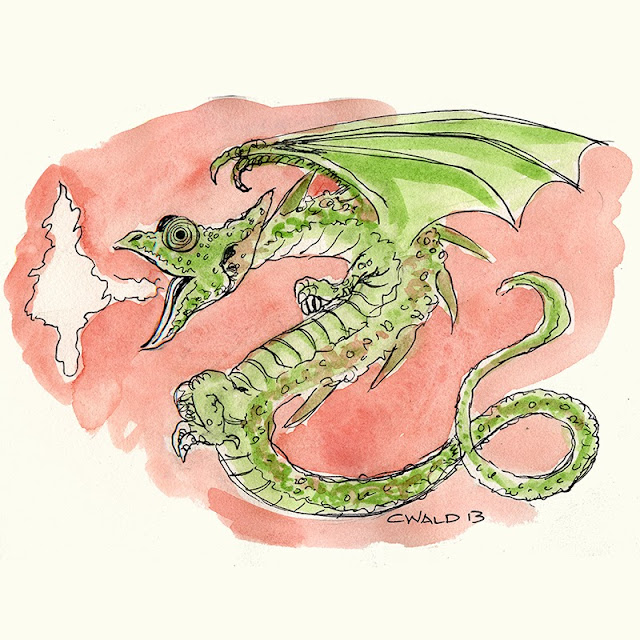 
Date: Sunday, December 15th at 6PM
I know it has sneaked up on us a little this year but please try to RSVP by next Wednesday!

-Remember to bring art if you want to...
-Spouses welcome
-There is no longer a gift exchange

Also, some of us are seeing the next installment of the Hobbit before the party. If you plan to join us for that, let me know.
Posted by Christina Wald at 1:04 PM 1 comment:

An exhibition of David Hartz’s recent artworks will be shown in the Semmens Gallery at the Carnegie Gallery, 1028 Scott Boulevard, Covington, Kentucky 41011.

Concurrent exhibitions at the Carnegie will be Ron Thomas: “Take It From Me” in the Ohio National Financial Services Gallery, Northern Kentucky Printmakers: “So They Say: Wisdom and Foolishness” in the Duveneck Gallery, Andrew Dailey: “Genus machina” in the Hutson Gallery, and Trish Weeks, “Speaking of Color” in the Rieveschl Gallery. 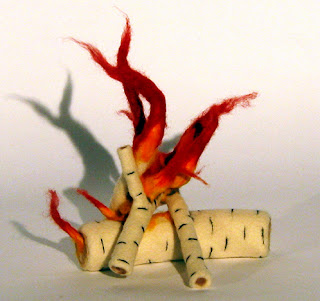