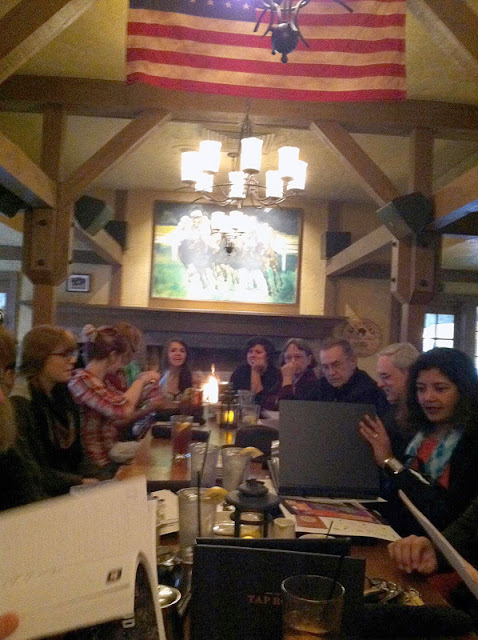 Lots of new faces this week. Long time lunch attender Elizabeth Neal brought some her her awesome Art Academy students by. We also saw a couple new pro faces. It is great to see new art!


Posted by Christina Wald at 2:51 PM No comments:

Much thanks to Sam & Suzanne and the others at POSITIVE MAGAZINE for running my Italian photographs in the Photo Essay section of their great publication. Attached are a few of the photos they included. Look up the magazine to see the rest. It will soon be on the stands at Joseph-Beth and Barnes & Noble and by subscription. Some of the photos can also be viewed on-line at the following

To see the entire collection, go to the following:

Posted by Christina Wald at 2:31 PM No comments:

Comic Con at the Cincinnati Public Library May 5th

Event includes panel discussion, free comic books, costumed characters, and awards ceremony
Comic book fans assemble! It’s time for the first Comic Con event Sunday, May 5, from 1 p.m.-5 p.m. in the atrium at the Main Library. The Library is joining forces with Arcadian Comics & Games and the Friends of the Public Library to present an afternoon filled with a comic book swap, booths, a comic book exhibit, a panel discussion with writers and illustrators, the Comic Con Drawing Contest award ceremony, the opportunity to take pictures with your favorite characters (Stormtroopers, Mandalorian Mercs, X-Men characters and more), and free comic books in celebration of Free Comic Book Day. Call 513-369-6900 or visit www.cincinnatilibrary.org/news/2013/comiccon.html.
Panel Discussion is at 1:30 p.m. in the Reading Garden Lounge


The Main Library is at 800 Vine St. Call 513-369-6900 or visit www.cincinnatilibrary.org.
FRIENDS’ SHOP: The Friends of the Public Library Shop will be open during Comic Con. Merchandise available includes graphic novels, superhero toys and games, and superhero-themed Mighty Wallets (pictured left).
Presenting partners: Friends of the Public Library, and Arcadian Comics & Games.
Posted by Christina Wald at 2:20 PM No comments:

Chris Sickels Interviewed on Your Dreams My Nightmares Podcast

Really nice, long interview with Chris Sickels of Red Nose Studio on the Your Dreams My Nightmares podcast.

I have posted a couple links before to different interviews on the site and this one is really good, particularly if some of the interviews in the past seemed a bit NYC-centic for one's taste.

He talks about going to the Art Academy, working in Cincinnati and Indiana, other Cincinnati illustrators C.F. Payne and Loren Long, and his brief stay in LA for a couple years.

Posted by Christina Wald at 3:04 PM No comments:

Carol Tyler is up for 4 Eisner Awards! Great news! Congratulations!

This is a great story:

Closer to home, Jared Lee's book Pluto Visits Earth is up for Third Grade to Fourth Grade Book of the Year in the Children’s Choice Book Awards.

Posted by Christina Wald at 5:05 PM No comments:

Jon Klassen used to be an artist at Dreamworks and also worked on the movie Coraline.

More recently, he has illustrated children's books and just won a Caldecott Award for This Is Not My Hat.

Since so many of us are animation fans and illustrate children's books, I thought some may enjoy listening.
Posted by Christina Wald at 5:00 PM No comments:

Art Academy grad Chris Sickels of Red Nose Studio is doing a workshop at the Society of Illustrators in New York City on April 20th:

This is from the last workshop:

Road trip anyone?
Posted by Christina Wald at 4:18 PM 1 comment:

Daryll Collins and Jim Borgman are both up for Reuben awards.

The winners will be announced Saturday, May 25th at the Reuben Awards dinner in Pittsburgh, PA.

Jerry will be there for the event and promises picture and a full report.

Books by the Banks

Books by the Banks is a great book festival every year. Right now, the 2013 show is open to submissions from illustrators and authors, so if you have a book out this year...

Posted by Christina Wald at 4:00 PM No comments:

Email ThisBlogThis!Share to TwitterShare to FacebookShare to Pinterest
Labels: book festival, Books By The Banks 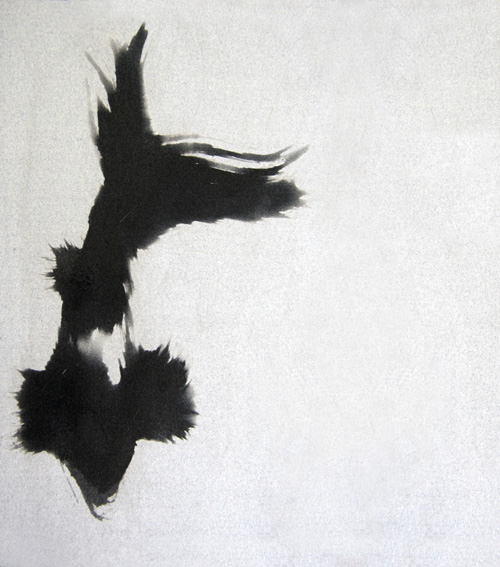 A friend loaned me their Buddha Board to practice on and this was my best fish after playing with it for an hour or so.  I won't go into all the details here, but if you are interested you can read and see more on my blog - Nessy Designs.  I loved playing with this, and it is super green-- all you need is a brush and a little water, and no paper waste!
Posted by Nessy at 10:00 PM 3 comments: