Interview with Carol Tyler in The Comics Reporter.

Really interesting and in-depth about making a living as a cartoonist, being a female cartoonist, her books and graphic novels in general.

Link to her books: http://www.fantagraphics.com/browse-shop/you-ll-never-know-book-3-soldier-s-heart-4.html?vmcchk=1


Carol also teaches a class at University of Cincinnati on making comics and graphic novels.
Posted by Christina Wald at 9:54 AM No comments:

Now that Christmas is over and everyone got their favorite Art books as gifts, it is a bit of an annual/competition season...

Deadline has been extended to: December 28

An International call for entries for works of drawing and writing about drawing. This is an award-winning international book project. However, a small 'selections from' exhibit will also be presented in Manifest's Drawing Room in August/September 2013 to close out Manifest's exhibit season.

Entries submitted after that date require a $10 per entry late fee. No entries will be accepted after January 18, 2013.

Introduce your work to the world. Enter the most prestigious illustration competition for creativity in illustration, the Communication Arts Illustration Competition. Any illustration first printed or produced from January 2012 through January 2013 is eligible. Selected by a nationally representative jury of distinguished designers, art directors and illustrators, the winning entries will be distributed worldwide in the Communication Arts Illustration Annual and on commarts.com, assuring important exposure to the creators of this outstanding work. As a service to art directors, designers and art buyers, a comprehensive index will carry contact information of the illustrators represented.


CA’s Award of Excellence is one of the most-coveted awards in the industry. If chosen, winning places you in the highest ranks of your profession. Ask any creative director which competitions rank as the most influential and they'll place Communication Arts at the top of the list.

Posted by Christina Wald at 11:18 AM No comments: 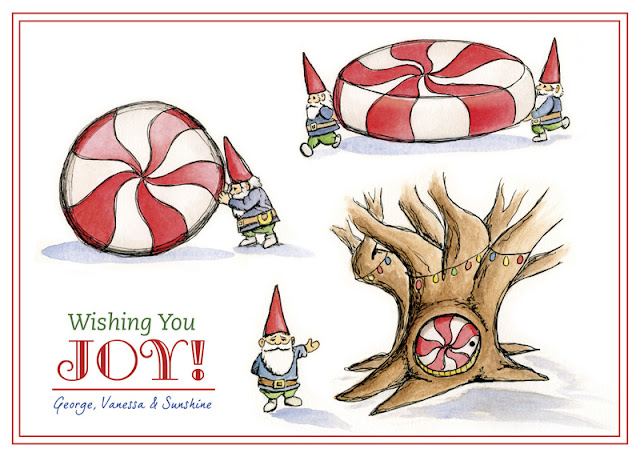 I've been obsessed with peppermints and gnomes so they seemed a perfect combination for my card this year.  Wishing everyone a very happy holiday and lots of joy!
Posted by Nessy at 2:39 PM 3 comments: 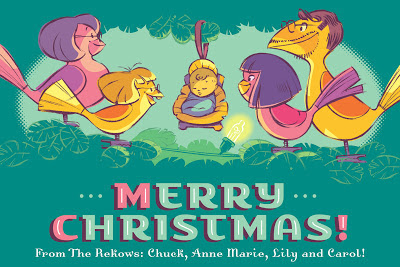 Running a bit behind this year —as always.
Last year I got the idea of drawing the family as fish, but I only got as far as a sketch. This year, the plan was fully hatched. As a bonus, the card is coordinated with our gingerbread cookies —also very avian.
Happy Holidays, Everyone!
Posted by Chuck at 10:18 AM 2 comments: 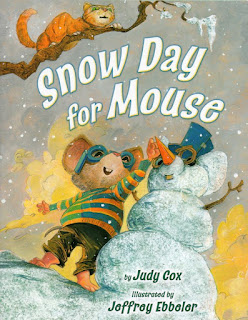 Jeffrey Ebbeler will be at Happen, Inc. to read from one of his latest books, Snow Day for Mouse by Judy Cox, at 4 PM tomorrow (December 22nd)... 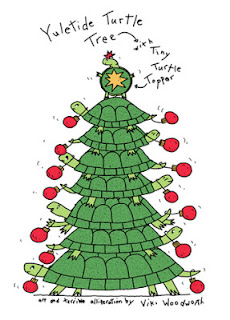 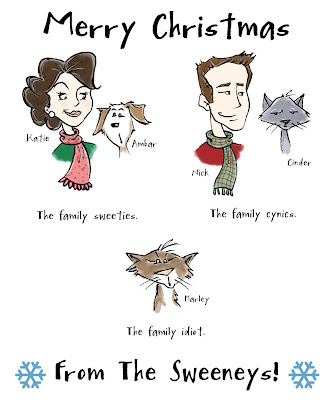 Since Christina posted hers, I'll go ahead and post my Christmas card for this year.

This is the first Christmas as a husband (I got married in October), so I wanted to get the entire Sweeney crew accounted for.

Even the dumb one. 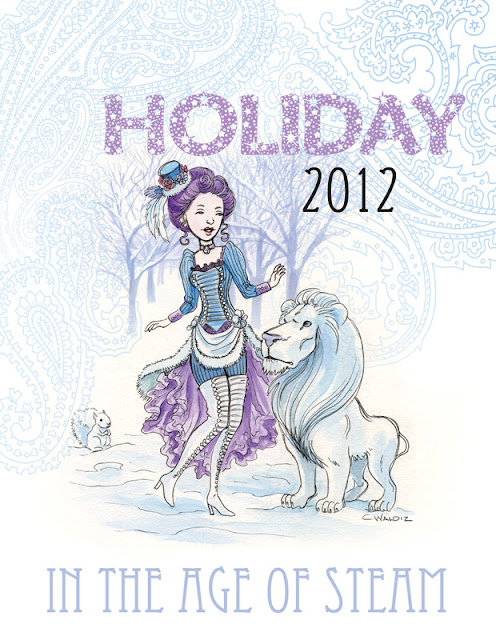 This is my card for this year. I hope some others post theirs...

And thanks everyone who came to the Christmas Party. It was a great time and I will post pictures here soon. In the meantime, here are some of Jerry's pictures: http://www.kenstewartphoto.net/dowling_drivel_blog/?p=1335
Posted by Christina Wald at 10:14 AM 3 comments:

Tom Post and a bunch of other artists are having a Holiday Sale at Wessel Gallery December 15th and 16th 12 to 5 PM.

It is a great way to support local artists and buy a gift for that favorite relative and or friend!

Also stop by Broadhope Art Collective in downtown Cheviot. They also have a lot of gifts and art by Gabe Utasi and many others.

Posted by Christina Wald at 2:00 PM No comments:

This adorable cook/activity book illustrated by Ursula Roma just came out. Since it is the second day of Hanukkah, it seems like the perfect post!
Posted by Christina Wald at 3:10 PM No comments:

Email ThisBlogThis!Share to TwitterShare to FacebookShare to Pinterest
Labels: books, out in stores, ursula roma 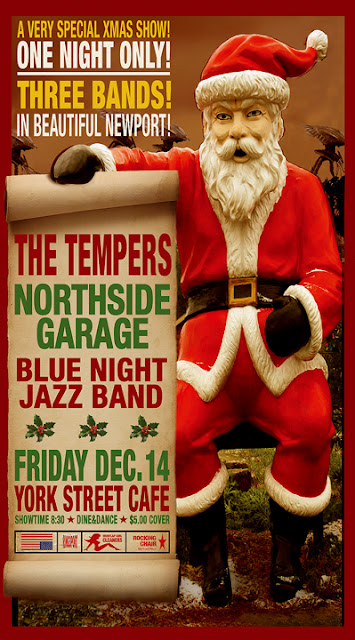 Maurice Mattei's band The Tempers will perform Friday at York Street Cafe. He also did this cool poster for the event!
Posted by Christina Wald at 3:03 PM No comments:

I have to give the restaurant a final headcount.
Posted by Christina Wald at 5:50 AM No comments:

Margi Hopkins has a piece in the Colored Pencil Society of America (CSPA) art show and sale opening Friday the 7th.
The show is open until December 21.

Posted by Christina Wald at 5:37 AM No comments: