I saw a Trump lawn poster in my neighbors yard from my deck. Since I was an artist, I decided to create my own. Below is the sign I made. Of course, being an artist, I am not the best speller. 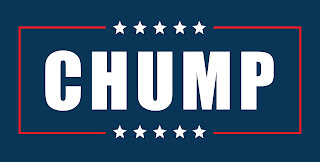 After three days of searching and hoping she would come back, Carl Von Grumpadump packed a small bag and ventured into the forest, swearing he would not return until he found his true love. He was never heard from again.

On December 28, 2015, Carl’s bag was found close to their old Southern Kentucky home, his journal among a few rusty old items inside. In the journal were surreal accounts of another world and time, filled with descriptions of strange beings and accounts of impossible imagination.

On Final Friday, June 24th, The Frameshop, in collaboration with artist/illustrator/tattooer/gentleman Jaimie C. Filer, will bring these pages to life. Selected pages of Carl’s journal will be displayed along with watercolor illustrations depicting Carl’s mad accounts. Whether these stories are true or hallucinations from Carl’s final moments, they will be displayed for you to see.

Come and explore the world that the “Broken Hearted Journal of Carl Von Grumpadump” has created. 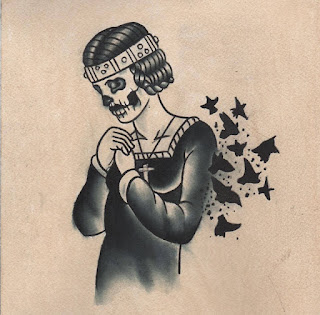 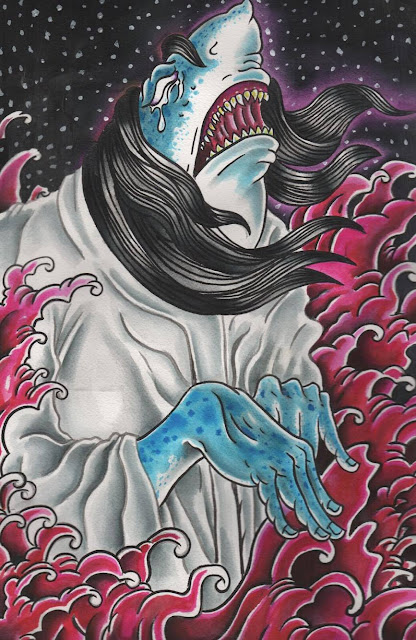 Posted by Christina Wald at 6:20 PM No comments:

The 2016 Ohioana Book Award finalists have been announced! Illustrator/authors Loren Long and Jeffrey Ebbeler are included for Little Tree and Click respectively! See the complete list in the cover story of our Ohioana Newsletter, linked here:

http://www.ohioana.org/wp-content/uploads/2016/06/May-June-2016-Ohioana-Newsletter.pdf
Posted by Christina Wald at 4:04 PM No comments:

Join us at the opening night of our Creative Juice Exhibition at Red Tree Cafe. Creative Juice is a community of Cincinnati creative entrepreneurs. This show represents the wide variety of creative "work" that we do for fun and/or for money. Refreshments included and live entertainment by Creative Juice musicians Brent Billock, Monte Lykins, Matt Madison and April Combs Mann.

Don't forget that the deadline for Books By the Banks is June 30th!
It is a great book festival to be in! Well run, great attendance and always fun!

http://booksbythebanks.org/2016-author-submission-guidelines/
Posted by Christina Wald at 8:52 AM No comments:

Email ThisBlogThis!Share to TwitterShare to FacebookShare to Pinterest
Labels: Books By The Banks

I have just found out that the CET Arts bridges video that includes my interview will premiere on Saturday July 9 at 6PM on channel 48. The video will be posted online Monday July 11. I'm really excited. Time to grab the popcorn and enjoy. I'll post the link as soon as I have it.
Posted by we will eat you up we love you so at 12:41 PM 1 comment: 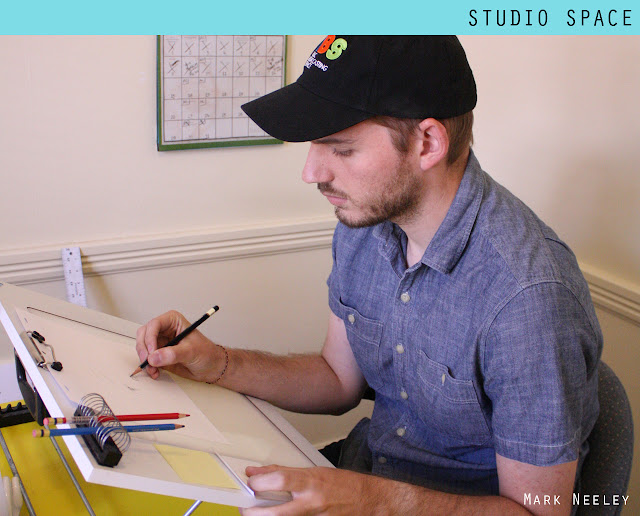 Mark Neeley is a self-taught artist and author-illustrator. He has self published a couple of children's picture books ("The Findings of Saxby the Squirrel" in 2014 and "Tunnel-Ball" just last month). He is most comfortable just labeling himself a "cartoonist", however, which he claims he has been as long as he can remember. Mark's day job is working in education as an instructor at a private school for children with special needs and learning disabilities, where he gets to utilize his artistic side daily and help out in the arts programs. He spends his free time on bookmaking projects, sending homemade postcards to friends and family, and, when time permits, the occasional painting or illustration for a gallery show (most recently, the "Bowie in the Basement" tribute show to David Bowie at Thunder Sky in Northside). His earliest drawing memory is, after moving into his grandparent's old farmhouse after his parents divorced at a young age, getting to draw life-size superheroes on the walls while the wallpaper was being removed.

Location: Price Hill
Website: www.markneeley.com
On the Drawing Table: Most recently, it was the designs for a poster/flyer for the upcoming release party of my new picture book, "Tunnel-Ball". 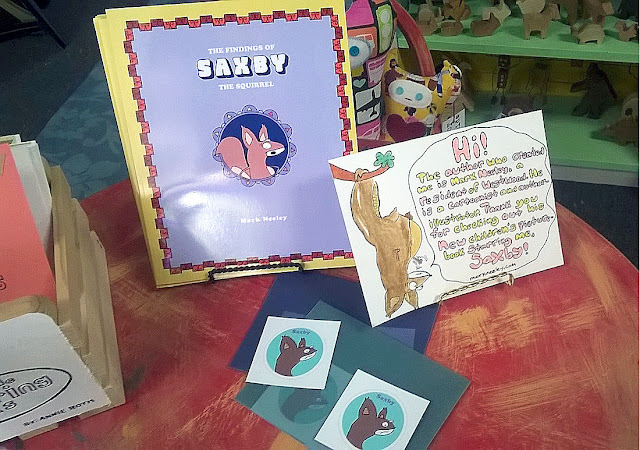 Describe your work.
As a cartoonist, I have always felt that that my drawings are typically to illustrate a message, convey a joke or feeling, or tell a story. I think that the decision to make children's books was just a natural way to creatively express myself, using the types of characters I have been doodling for many years. I typically think of a book visually first and rough everything out before I actually write the manuscript, which isn't exactly ideal and causes a lot of frustration. 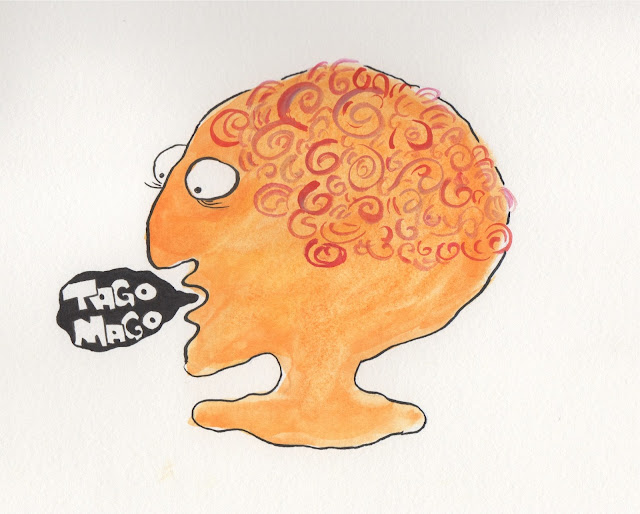 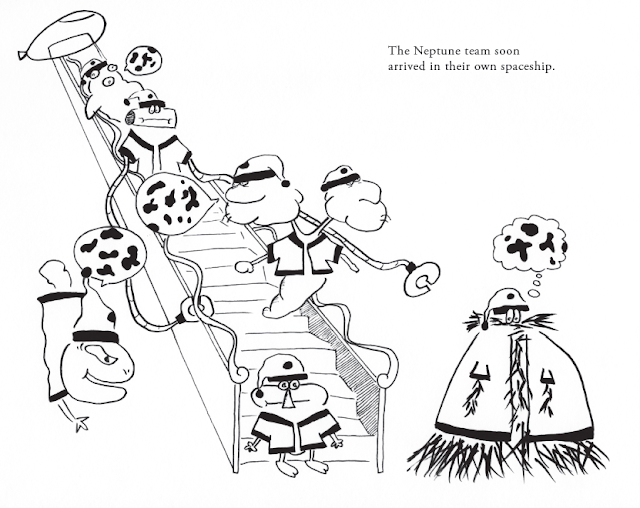 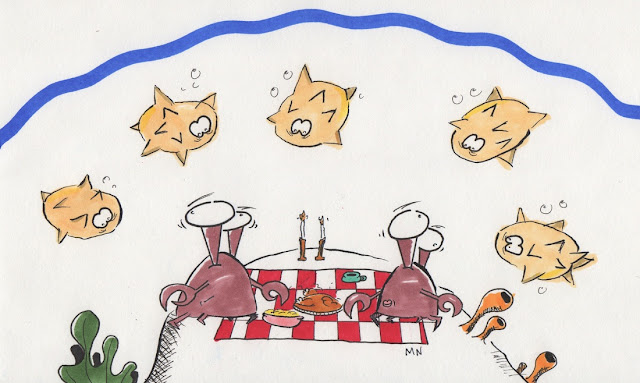 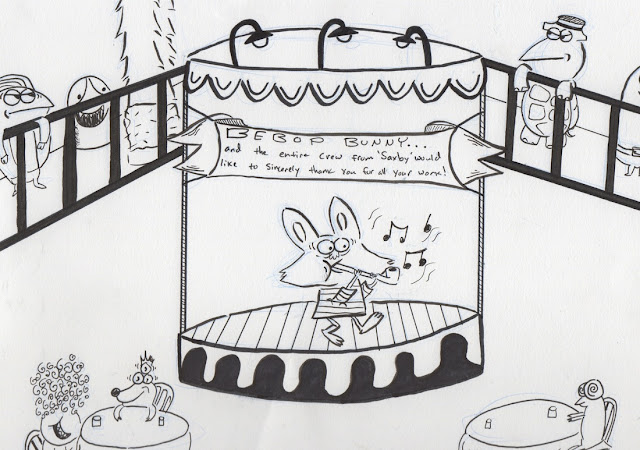 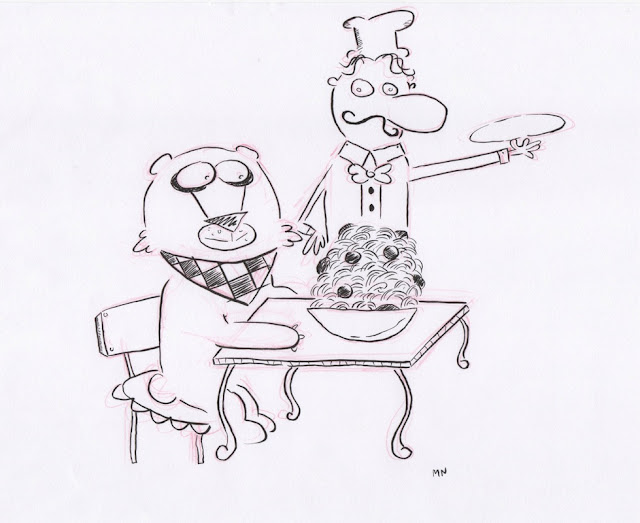 Tell about your workspace.
My "studio" is the second bedroom on the top floor of the multi-family house that my longtime girlfriend and two cats and I share. There are two identical (but different colored) desks that face each other, one is my girlfriend's for when she does her photography or digital work (she is a DAAP graduate). However, since I use the studio much more frequently, oftentimes my stuff is scattered across both desks. My desk is mostly just my drawing board (with built-in lightbox). In the drawers and on the floor are corkboards with storyboard ideas via sticky notes, multiple types of paper for whatever the project is at the time (basic sketch, tracing, watercolor, Bristol,) correction tape, tubes of gouache and watercolor, boxes of pencils, etc. The room is small and, as such, generally quite a mess. It is so cramped that old Moomin mugs that store paint brushes line the windowsill. 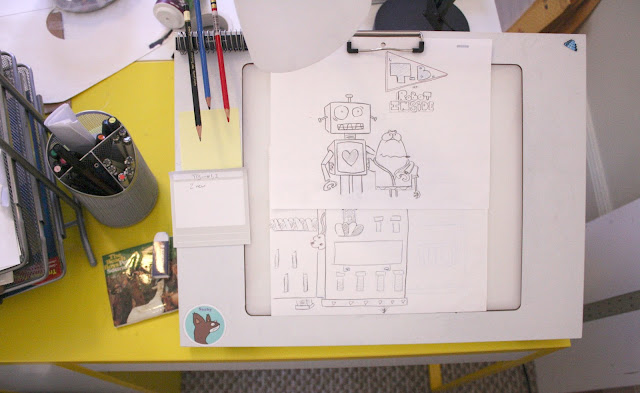 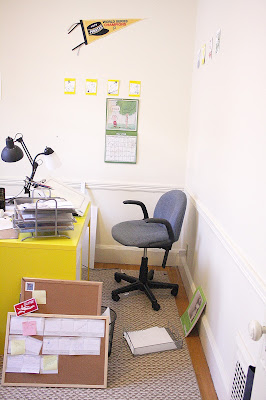 What are your favorite materials digital and traditional?
I work almost entirely traditionally, so I couldn't survive without my lightbox (like I mentioned before, it is actually an angled drawing board with a translucent surface built in to be backlit). This is where I sketch out pencil drawings as well as ink the final artwork via tracing underneath the roughs. Utensil-wise, I am pretty attached to the classic Col-Erase pencil (mostly blue, but sometimes red). It is perfect given the lack of smear and the ability to lay a smooth graphite or ink line on top of it. I keep boxes in bulk because I go through them so quickly. Brush pens are also essential, as they keep inking interesting and fun as opposed to tedious.

What’s your typical workday/work session like?
Sometimes it is very concise and focused ("I will spend Saturday afternoon working on this page layout or designing this character"). Other times it is sporadic and random, such as being an insomniac and feeling a creative spark at 4 am. Working from home, the key for me is to try to trick myself into thinking I am not actually working from home and trying to set strict goals and times be more productive and not be distracted by my surroundings. It works ... sometimes. 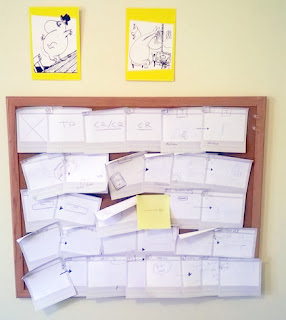 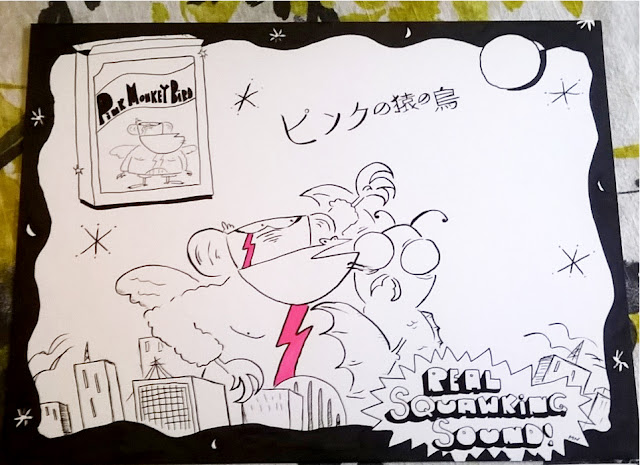 What do you do to keep yourself motivated as you work?
I rarely work without music, at least when really buckling down at my desk. Since music has been a passion of mine almost as long as drawing, it is a great motivator. 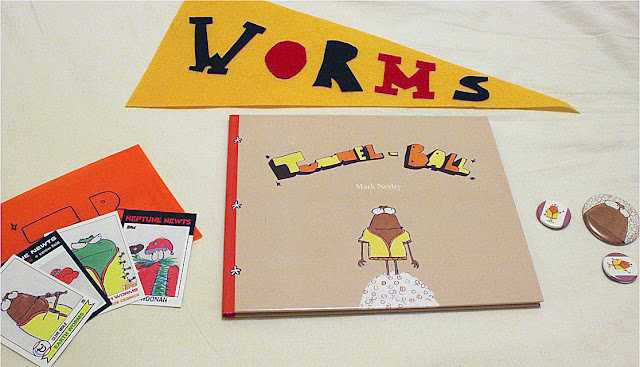 What is your dream job?
When I was a kid, the only thing I ever told my parents I wanted to do for a career was to work in animation in some capacity. It's probably still that. From a very young age, I was fascinated by how the characters moved on the screen and that it was done by humans with pencils and not by magic. Of course, I did not have the money or resources (not to mention the technical skill required) to move to Southern California to pursue that type of education or career. And it was close to impossible to pursue independently due to cost restraints and lack of access to the equipment required. Now, the landscape is entirely different, of course. All these years and hundreds of flipbooks and thumbnail sketches later, it is still something I would like to tackle one day with the appropriate time/funding. Something like a short film, or even to pitch my own idea to somebody, which I have some ideas for. Or, to come up with 50 new minor league baseball logos with absurd team names. 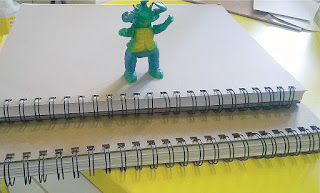 Do you keep a sketchbook?
Yes, I always have a sketchbook or two around. The majority of my ideas start there. One travels to work with my every day, and at the very least I try to doodle something during lunch daily. 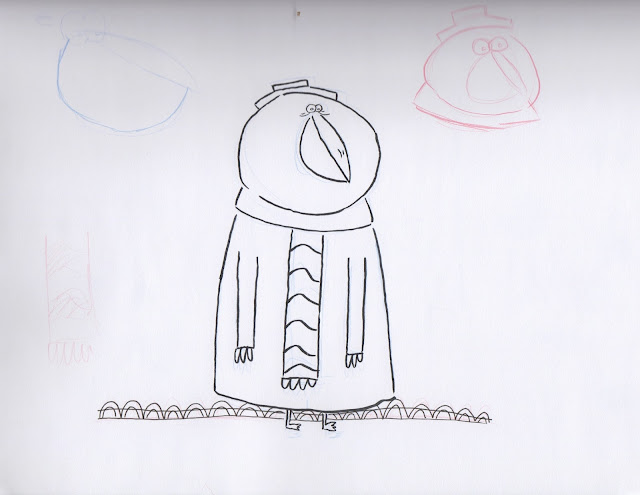 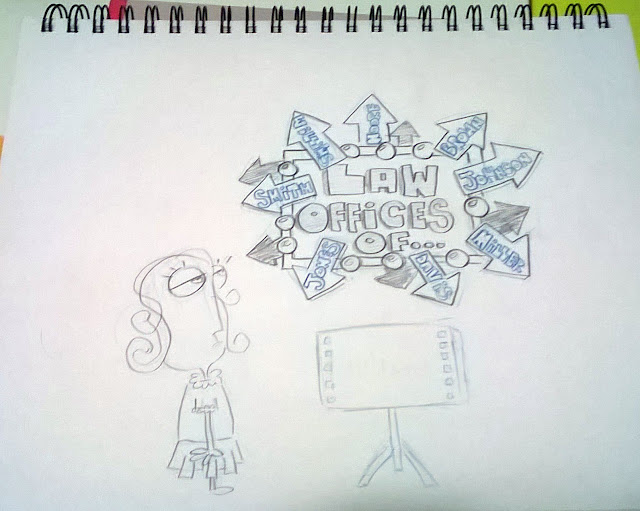 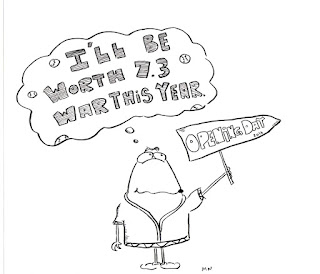 What do you listen to while you work?
All kings of things.  The past few weeks have been heavy on the new High Llamas record, early Soft Machine, and "Picture You" by Swedish band The Amazing.

What do you do that is not art related that inspires you?
Working with young students on a daily basis. And, as a homebody, just spending time with my family, friends and cats. I can find inspiration just about anywhere, I just try not to force it.

What was the best advice you got in your career so far?
It sounds cliché and is said constantly by artists offering advice, but "draw every day". For me, it is not just about that "practice makes perfect" mentality to improve your skill with experience (though obviously that part is great too), but it's just to keep ideas and creativity flowing on paper rather than just in your head. I almost start to get self-conscious at this point if I don't at least pull out my sketchbook once a day, even if it's just for a couple of minutes while eating lunch. It is a really uncomfortable feeling to head into the studio if the pencil hasn't touched the paper in several days.

What is your favorite color?
Yellow. 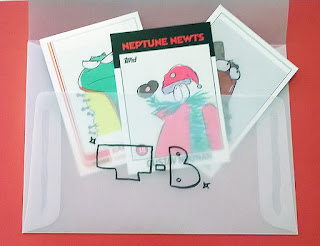 Posted by Christina Wald at 8:33 PM No comments:

Sarah Rocheleau at the Art in August Street Fair

Several artists and I are participating in the Art in August Street Fair in Batavia OH on Saturday August the 20th from 10am-6pm. Spaces are still available so please apply! We would love to see you there!
https://www.facebook.com/events/980119348776376/
Posted by we will eat you up we love you so at 11:16 AM No comments:

My Up Cycle, diorama and sculptures will be on view in the mini mobile art gallery at City Flea in Washington Park June 18th, 10am-4Pm.
I hope you all get the chance to visit them.