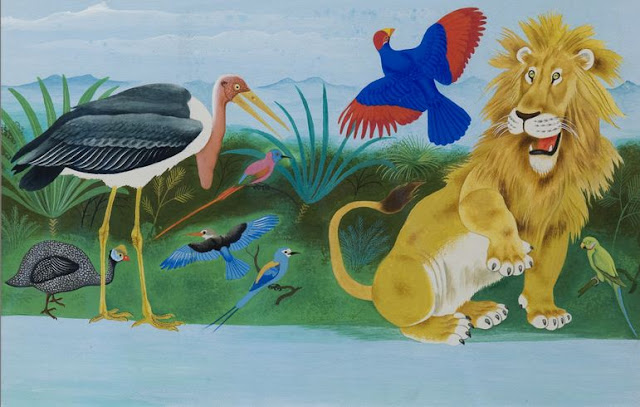 The Cincinnati Main Library is hosting the “Golden Legacy” exhibit, the most extensive public showing ever of original illustration art from American publishing’s best-loved and most consequential picture-book series, Little Golden Books.

From the PR sheet:
"Launched in 1942 — the first full year of America’s involvement in World War II — Little Golden Books made high-quality illustrated books available at affordable prices for the first time to millions of young children and their parents. Among the artists who contributed to the ambitious series were greats of the European émigré community (including Garth Williams, Feodor Rojankovsky, and Tibor Gergely) who had gathered in New York as the European situation worsened; alumni of the Walt Disney Studios (including Gustaf Tenggren, Martin Provensen, J.P. Miller, and Mary Blair), who came East for the artistic freedom and control associated with picture-book making; and American originals such as Eloise Wilkin, Elizabeth Orton Jones, Richard Scarry, and Hilary Knight.

Sixty original masterpieces of illustrated art by these and other artists, chosen from the vast Random House archive, will be featured in the exhibition, including examples from such picture-book classics as “The Poky Little Puppy,” “Tootle,” “Home for a Bunny,” “The Kitten Who Thought He Was a Mouse,” “The Color Kittens,” “I Can Fly,” and more.

This exhibit was organized by the National Center for Children’s Illustrated Literature in Abilene, Texas. For more information, call 513-369-6900 or visit www.CincinnatiLibrary.org."

Here is a link to the full press release.

The downtown library always has such good shows. Our next downtown lunch is 1/16. We should stop by the exhibit after! Although, this will be hard to resist until then. 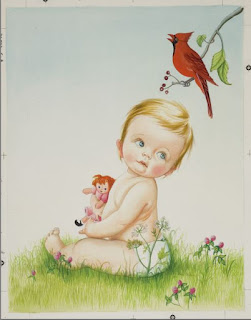 Posted by Christina Wald at 4:46 PM