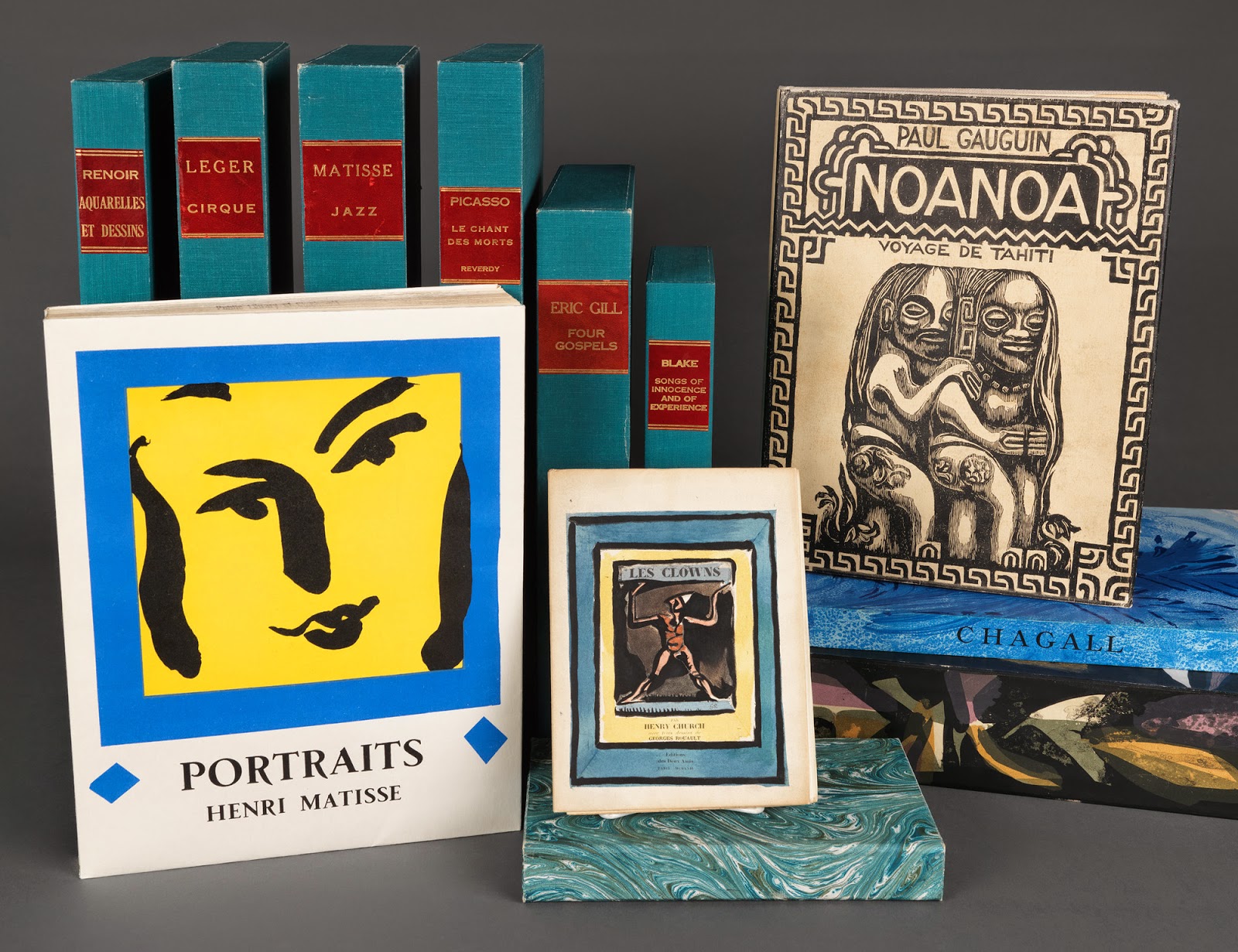 Explore the bright colors and vivid images put on paper by European masters, such as Marc Chagall, Paul Gauguin and Henri Matisse, during the Creative Expression: Artists Works exhibit from the Public Library of Cincinnati and Hamilton County. It runs May 5-Aug. 24 at the Main Library, 800 Vine St.

The exhibit features selections from artist books in the Loeb Collection. Eda Kuhn Loeb was born in Cincinnati in 1867, one of 10 children of Samuel and Rebecca (Wise) Kuhn. Shortly after she married Morris Loeb in 1895, they moved to New York City. She died in New York in 1951.
In her will, she gave a bequest of $50,000 to the Library. At that time, it was the largest monetary bequest the Library had ever received. It was decided that some of the money would be spent to purchase fine art books – rare, signed, limited edition books illustrated by late 19th- and early 20th-century artists.