I've recently upgraded my Cintiq and am selling the old one. It's a Cintiq DTZ-2100. I'm also selling the airbrush pen and 6D pen. 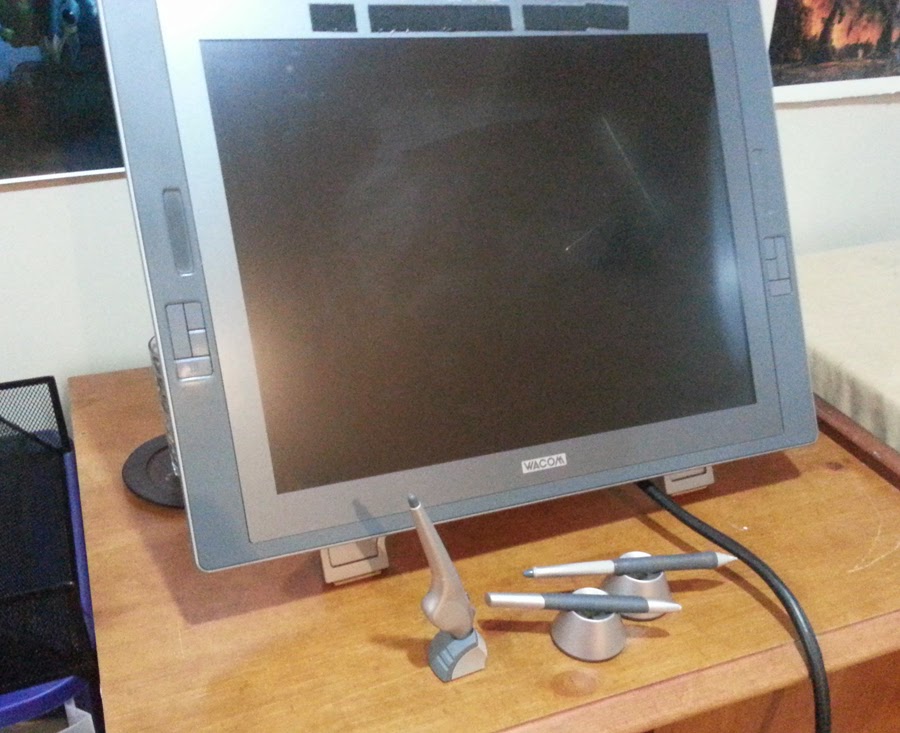 If you've never used a Cintiq before, they're really great if you have a problem with the disconnect of scribbling on a tablet in your lap and having it appear on your monitor. When I bought this one probably 5 years ago it was the best purchase I ever made, because it saved my hands. The tablet in the lap was causing me serious carpal tunnel and tennis elbow problems and they all disappeared once I moved to a Cintiq.

Anyways, there's a strip of velcro attached along the top because I would attach an x-keys strip to work without a keyboard (failed as x-keys were buggy). There is some wear on the far right from scrolling up and down on windows so often using the pen rather than the touch strips. In the photo it looks like there's a scratch or something on the right but it's actually a reflection of the back side of a lamp and it's cannisters.
I'm looking to get $500.
Posted by Joe Slucher at 3:07 PM