The artwork's been approved by my clients, but the pieces haven't been released into the wilds just yet. Still, I don't think they're any harm showing them here amongst friends and colleagues. 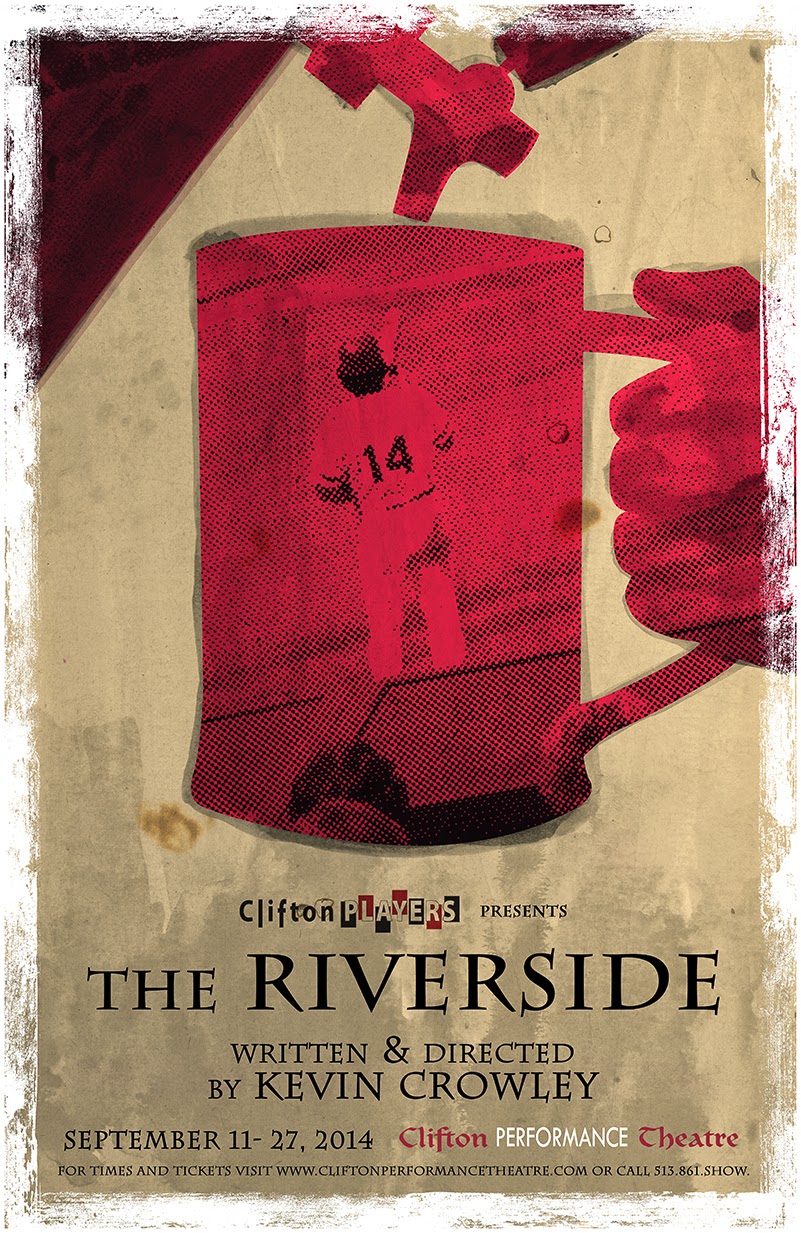 First is a poster for a play called The Riverside, which will be at the Clifton Performance Theater in September. I'll be doing five other posters through their 2014-2015 season, and I'm planning on having them all stay in a consistent style. 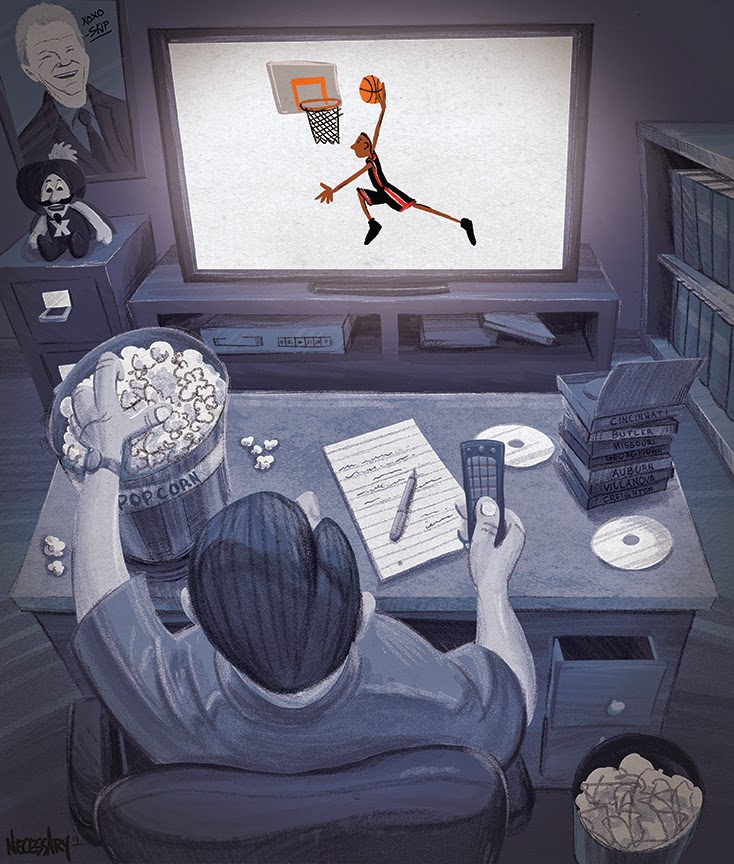 This is an illustration in a Xavier basketball-themed magazine that will be published by Cincinnati Magazine.
Posted by Kev at 10:34 AM