Cincinnati, Ohio (April 26, 2010)- DarcyVDesign, Inc. last appeared in the news in conjunction with the creation of the Teenage Mutant Ninja Turtles 25th Anniversary Movie. Now the company would like to announce that it is renamed Flaming Medusa Studios Inc. beginning April 26, 2010.

The name change is being carried out to further focus the company’s branding on animation, and to reflect the company’s strengths, personality, and belief system.

The mythological figure of Medusa was chosen to represent the company because of her fame in ancient lore, and because of Medusa’s inherent ability to captivate. The underlying feminist thread of her tale also provides food for thought for the woman-owned company.

About mythological Medusa
The legend of Medusa originated in Libya, where she was worshipped as a serpent-goddess. Her tale then moved to Greece where she assumed the name Medusa, the translation of which means “sovereign female wisdom” in several languages. The idea of Medusa’s head as a threat or weapon was also developed during that time. Some researchers view her eventual beheading as a symbolic silencing of female wisdom and expression.

Medusa’s famous serpentine hair also adds to her mythology. The serpent is representative of the cycles of nature. It also symbolizes immortality, as the serpent was at one point believed to shed its skin indefinitely.

About Flaming Medusa Studios
Flaming Medusa strives to make every one of our client’s projects legendary by utilizing outside-the-box creative solutions combined with state-of-the-art creative techniques to provide animation, illustration, and graphic design. Let us use our knowledge and experience to create, perpetuate, and enhance your company’s mythology. 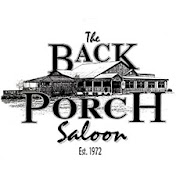