Would You Buy Fried Chicken From This Man? 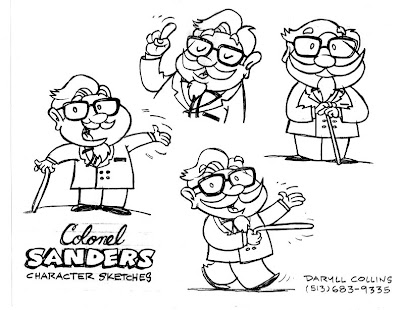 I'm back again with yet another character design story. Do you remember when KFC did those animated commercials with Colonel Sanders? Early 90's maybe? Anyway, an animation studio in Chicago (Startoons maybe) hired me to come up with some looks for the animated colonel. I had to control myself and not get too carried away with drawing all whacked out versions of the good colonel. After all, he's KFC's patriarch and no one wants to buy chicken from a crazed southern senior, despite the fact he's in a pristine white suit. 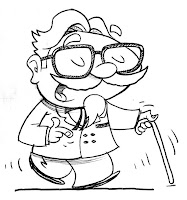 Anyway, the studio was competing with others to get this contract.
Needless to say, they didn't get the gig. If you remember the commercials, the Colonel design they chose was definitely less cartoony than mine. Wouldn't it have been fun if they submitted the usual Daryll fare with the Colonel all buggy-eyed with chicken blood all over his suit and maybe a chicken foot sticking out of his pocket like a carnation!
Can't win them all, I'd just like to improve my batting average! 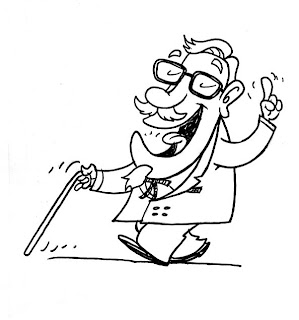 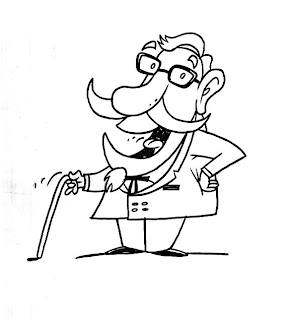 Posted by Daryll Collins at 5:14 PM